A Time for Bold Action on Climate 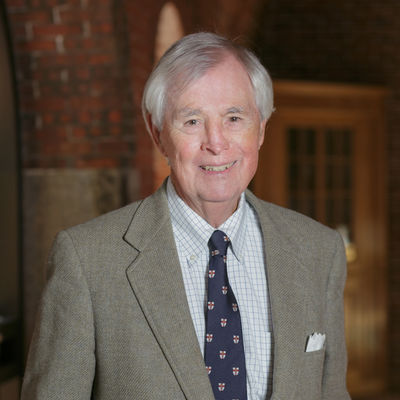 Amos Hostetter, Barr’s Co-Founder and Trustee, reflects on more than a decade of climate philanthropy.

I am generally disinclined to write about our work at the Barr Foundation, as I have always believed that actions speak much louder than words.

And yet, this is an important moment for those of us engaged in climate action. At Barr, the environment was a priority since our inception, but in 2010, we decided to focus on climate change and to make our largest public commitment ($50 million over 5 years at the time). This decision coincided with Barr’s departure from being an anonymous grantmaker, given the urgency of the challenge and a recognition that speaking up about what’s important can help make a difference too.

As I write this, the United States has rejoined the Paris Climate Accords. President Biden has appointed Eric Lander the first-ever cabinet-level science advisor and has also appointed two longtime climate leaders and allies from our own state—John Kerry and Gina McCarthy—to critical leadership roles. The administration has named climate change among our nation’s most urgent priorities – along with the need to address COVID-19, a battered economy, and racial equity.

The President has also directed agencies across the federal government to prioritize climate investments in low-income and communities of color that have traditionally borne the brunt of pollution. Closer to home, in Massachusetts, the most ambitious climate legislation in more than a decade was passed in the legislature calling for net zero emissions by 2050. It too has strong environmental justice protections.

We are pleased to continue in this vital work, now committing more than $30 million annually to three priority areas in Climate – Clean Energy, Mobility, and Resilience. I wanted to share a few personal thoughts about why this matters now more than ever:

We owe it to our children.

Why focus on climate in the first place? For myself and my family, it started with our being parents (and now grandparents) and with that question parents in every generation ask: “Will we leave a better world than the one we inherited?”

Unfortunately, until now, the answer from our generation has been, “No.”

Runaway climate change ranks among the most damning evidence. So does the inequity in who is suffering.

We know it’s past time to take bold steps.

A lot has been accomplished since we got started. In Boston, the work of the Green Ribbon Commission (GRC) has been a big factor. In 2007, Boston developed its first Climate Action Plan (Barr invested significantly in the community engagement aspects of that plan). One of its recommendations was to create a commission of business and community leaders to oversee implementation. That’s how the GRC was born.

Mayor Tom Menino worked to build a diverse leadership group. Ultimately, we gathered 35 business, institutional, and civic leaders, whose collective influence could drive and sustain bold progress over the long haul – no matter who was in the Mayor’s office.

With two major studies supported by the GRC - Climate Ready Boston and Carbon Free Boston – we now have the data and analysis for what needs to be done. And the steps are clear both for reducing emissions and making Boston more resilient – while remaining attentive to equity.

But the clock is ticking.

We can address climate and strengthen our economy at the same time.

We’ve got an opportunity to completely break our dependence on fossil fuels. In just ten years, coal-use has disappeared in this region. When we started, coal was around five cents a kilowatt hour, and solar and wind were roughly double that. Now clean energy is the least expensive form of energy, and the cost curves are only going to keep coming down.

In the next few years, the majority of new cars will be electric. Volvo has stopped producing cars with gas-burning engines. GM just pledged to phase theirs out too.

Fracked gas had its champions. When the cost calculus was less favorable for solar and wind, fracked gas billed itself as “natural” and as a “bridge” to real clean energy. Now, it’s clear there’s no need for a bridge – especially one as environmentally destructive as fracked gas. The bold, smart, and best step for our economy and the environment is to leave all fossil fuels behind - including gas.

We must commit to centering equity in this work.

At a recent GRC meeting, Chris Cook, Chief of Environment, Energy, and Open Space for the City of Boston observed, “Climate change is not about things, it is all about people.” That’s why racial equity is such a vital consideration in climate work: People are suffering because of climate – and not at all equally. Just look at the devastating and disproportionate toll of COVID-19 on communities already compromised by air and water fouled by fossil fuel pollution. There are challenges with climate, racial equity, and public health – and they can’t be tackled successfully in separate silos.

At the Barr Foundation, we have expressed our commitment to racial equity, and our actions must now match those words. This is a moment for us to recommit and indeed enhance our efforts to make the world a better, healthier, and more equitable place for future generations.