In the Midst of a Transportation Crisis, Let’s Have Some Hope 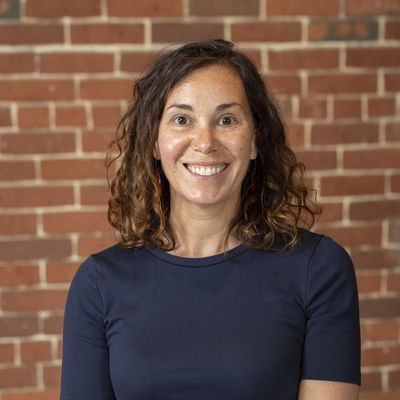 I work every day to help improve how transportation gets people where they need to go, and I’m an optimist. Wait a minute – optimist? And transportation? In the same sentence? Did you just read that right?

Lately, it has been bad-news-day after bad-news-day for transportation in Massachusetts. Ongoing Red Line delays. Record-keeping nightmare at the RMV. Boston being ranked #1 for worst traffic in the country. The Union of Concerned Scientists’ report that quantifies the inequitable air pollution exposure from cars, trucks, and buses in communities of color in Massachusetts. How can one possibly be hopeful?

Despite these challenges and more, change is possible. We’ve seen it, recently, right here in Greater Boston. And it didn’t take decades and billions of dollars.

It took a small group of people getting creative with some paint and cones. And it made a difference for thousands of people. Three pilots tested these Bus Rapid Transit (BRT) elements along Massachusetts Ave in Arlington, Mt. Auburn Street in Cambridge and Watertown, and Broadway in Everett. Through experiments in 2018 and 2019, these cities and towns made buses faster and more reliable for over 30,000 people each day. Red paint and cones clearly identified designated lanes for buses. Some rubber IKEA-like pieces stacked on top of a sidewalk made stepping onto a bus much easier. Some traffic signals reprogrammed to optimize the number of people moving through some sticky intersections.

Through experiments in 2018 and 2019, these cities and towns made buses faster and more reliable for over 30,000 people each day.

Based on MBTA data and other surveys, we found that the pilots improved peoples’ experience in a variety of ways: 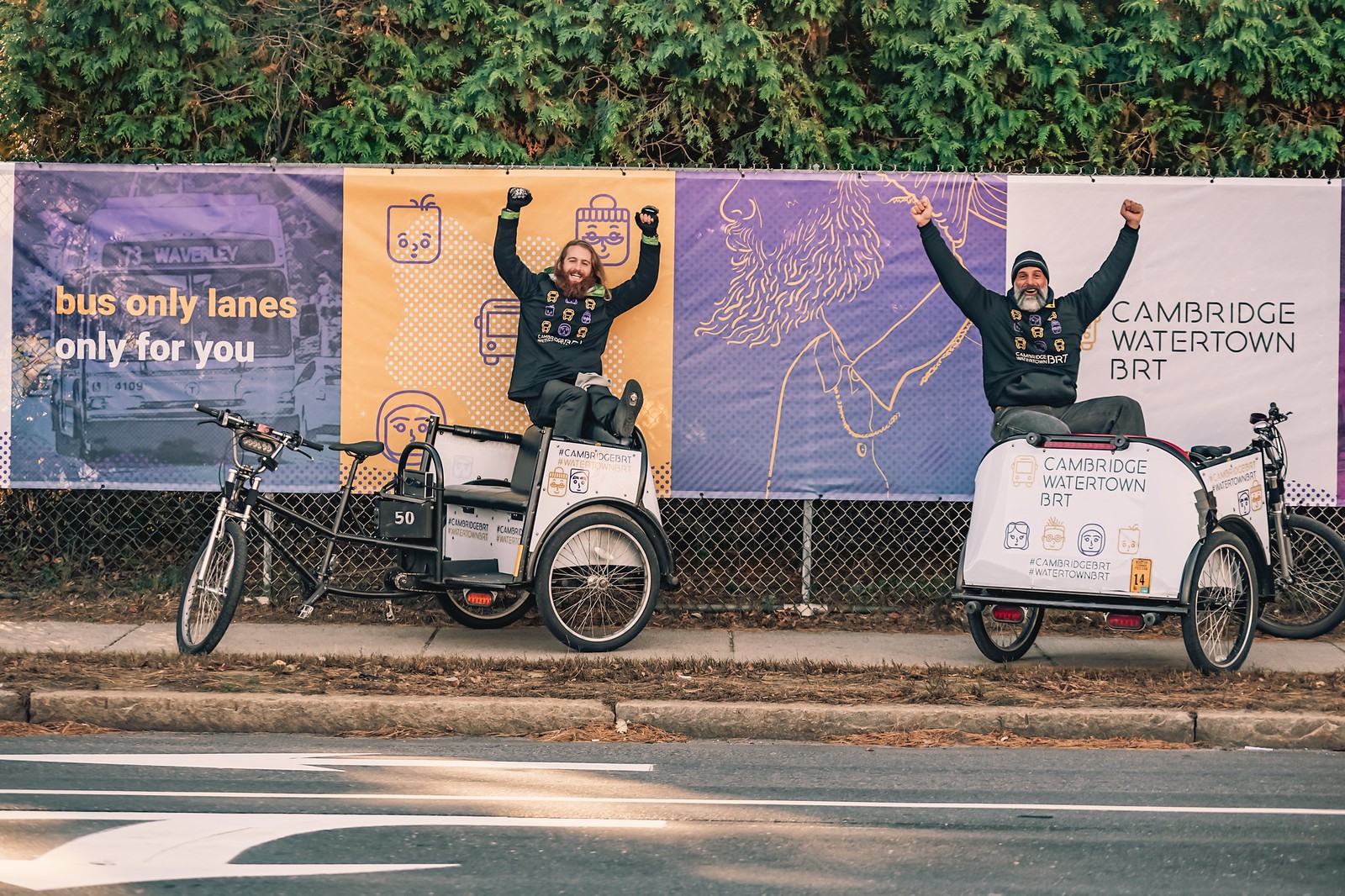 So, are these types of projects more of what Massachusetts needs? Yes! These projects started as pilots. Yet nearly all of them have been made permanent already or will be later this year. Kudos to the municipalities that stepped up to the challenge, as well as Boston and Somerville (who are also investing in bus priority). And, to the MBTA and BostonBRT partners* for their essential roles in realizing these experiments.

Bus priority – and someday, Bus Rapid Transit, aren’t the only answers. We need other transportation projects too that move high volumes of people, safely, reliably, and that reduce our greenhouse gas emissions. These bus priority projects, quick to implement, also closely align with the first two recommendations from the 2018 Governor’s Future of Transportation Commission report: 1) prioritize public transit and 2) design roads to prioritize people-throughput, not vehicles. The report states that going forward, roadway owners must prioritize the movement of as many people as possible, regardless of modes. These projects are emblematic of these two recommendations, so much so that Governor Baker now calls himself “a big bus-lane guy."

While these projects lessened the frustration of 30,000 people each day, they impacted fewer than 5% of all people that ride the MBTA. We’ve got a ways to go. But, we can do it. We have seen that change is possible. I’m optimistic that bus priority projects are going to continue to multiply, and that municipalities and other partners will continue to step up to support our public transit system in Greater Boston.

*In addition to Arlington, Cambridge, Everett, Watertown, and the MBTA, these BostonBRT partners helped make these pilots a success:

Learn more about the pilot projects: