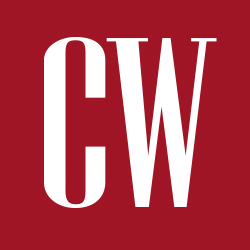 Buses Are What’s Next in Transportation

This article was originally published in the Opinion section of Commonwealth Magazine on January 23, 2017.

But only if streets are reprogrammed for bus rapid transit.

You wait 20 minutes for a bus, only to watch three show up all at once. Soon after boarding, the glut of vehicles carrying hundreds of commuters comes to a grinding halt as one driver up ahead waits an eternity to make a left turn.

If you have ever taken a bus in Greater Boston, you know this scenario all too well. It is why many days it would be faster to just drive, bike, or—no joke—walk than take the bus.

In short, our streets are not designed to meet the needs of a modern city. Populations in Greater Boston and other cities are growing at breakneck speed, and people and employers are fleeing the suburbs for the urban core. Younger people, especially, want to more easily connect to the places they work, study, and play. They’re also far less eager to get behind the wheel. But our streets have simply not kept up. They’re still designed with a 1950s-era prioritization of single-occupancy vehicles above all else. As a result, we’re all stuck in traffic.

Buses are what’s next in transportation. But only if streets are reprogrammed. Tweet This

This disconnect presents both a challenge and an opportunity—cities are in a unique position to reshape our streets with people, not cars, as the focal point. And bold local leadership, working hand in hand with community groups, foundations, and state officials, can step up to make this kind of modern transportation system very real.

City and community leaders have a much bigger role to play in this transformation than you might expect. While state and regional entities operate most public transit systems, cities design and maintain the street networks on which above-ground transit runs. Leading cities around the world, and a growing number of municipalities here in Massachusetts, are realizing that better street design can make a big impact. Once streets are redesigned to move as many people as smoothly as possible, it opens the path for discovering new potential in an old workhorse—the city bus.

Currently, riding the bus can be slow, unpredictable, and downright unpleasant when buses are late, caught in traffic, and bunched together. But if streets are reprogrammed to reflect 21st Century priorities, buses can instead offer a reliable, efficient, and cost-effective transportation option to people in any neighborhood. The problem is that most people in US cities don’t realize how great buses could be if we thought differently about how to put them to good use.

That’s beginning to change, however, as more cities are turning to Bus Rapid Transit, or BRT, to reimagine their streets. BRT combines the capacity and speed of a light-rail system with the flexibility, affordability, and simplicity of a bus system. BRT, as defined by an international BRT Standard, is made up of five main features:

Cities are in a unique position to reshape our streets with people, not cars, as the focal point Tweet This

BRT is only beginning to catch on in the United States, and the term is often inaccurately used to describe conventional bus service with minor improvements. But adopting all five features can transform street-level transportation, significantly reduce travel times, and drive economic development around rail-like BRT corridors. Additional features, such as covered stations for waiting passengers, and Wi-Fi to keep passengers connected during their ride, would further persuade people to put down their car keys in favor of a transit pass.

Advancing such mobility solutions is also critical to meeting cities’ climate goals. Transportation recently surpassed electricity generation as the top greenhouse gas source in the country, and it’s the climate implications of transit that led to the Barr Foundation’s interest in BRT. To help Massachusetts meet its emissions reduction goals, Barr is supporting mobility initiatives across the spectrum of bikes, rail, and everything in between, including BRT. In the past few years, the foundation has been working closely with community and civic leaders in the Greater Boston region to research the possibilities for BRT here.

We’ve learned that buses hold vast untapped potential to improve urban life, and that local leaders are well suited to create the kind of streets where BRT can be fully utilized. There’s clearly tremendous public will, judging from a record number of local transit initiatives on ballots in 2016, more than 70 percent of which passed. And while certain infrastructure changes will always require cooperation at multiple levels of government, city leaders can drive improvements with bold experiments in street design. We’re already seeing some such moves take shape here.

In Everett, Massachusetts, the city and state partnered to pilot a dedicated bus lane, separate from traffic—one of the five elements of BRT. The city of Boston is testing the waters of BRT, eyeing a possible pilot project of BRT elements on the Silver Line, and in other high-traffic corridors identified as having potential in the city’s Go Boston 2030 transportation plan.

In 2017 and beyond, the Barr Foundation and a coalition of partners will be encouraging local leadership in Greater Boston and other parts of the state to put these ideas to the test. We’re urging Boston and other municipalities across the state to follow through on exciting pilots, and when doing so, to pursue a high standard of BRT that will reap its full benefits. Furthermore, we are launching a campaign to partner with multiple municipalities and community organizations interested in exploring BRT as part of their transit planning. For more information about this effort or to get involved, reach out to BostonBRT here.

We’re optimistic that by taking such steps, municipalities can lead the way when it comes to reimagining our city streets. Improving mobility in the Commonwealth will require bold work happening at multiple levels, and local leaders can take steps now to design our streets so they work for the 21st Century. 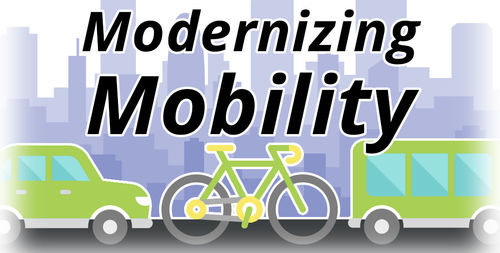 This article was originally published in Commonwealth magazine on January 23, 2017. It is part of the “Modernizing Mobility” series, a joint project of CommonWealth magazine and Meeting of the Minds, a San Francisco-based organization that seeks to build alliances around urban sustainability.