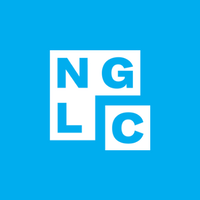 Building on the successful “Valedictorians Project,” a broadened journalistic effort aims to increase quantity and quality of coverage and public discussions about Boston’s public schools.

The “Build Public Will” strategy within Barr’s Education program aims to engage parents and students, educators and civic leaders, and all residents as informed advocates for high-quality schools. For this reason, along with many others, we were engaged by the Boston Globe’s Valedictorians Project. The series featured stories of 93 valedictorians from Boston public high schools, and the paths they took after graduation. “[They] set off to change the world,” it began. “But good grades only got them so far.”

With the publication of the Valedictorians Project, the Globe powerfully humanized the challenges and inequities built into our system. It also sparked numerous public conversations at live forums throughout Boston and online. Based on this response, and in light of the ongoing importance of understanding the complexities related to our education system, the Globe decided to expand its education coverage with the creation of The Education Project, a two-year effort to deepen reporting and facilitate public engagement related to education in Boston.

To complement its own investments in this expanded effort, the Globe approached Barr for support. Following discussions over the past several months, we are pleased to announce that the Foundation is awarding a $600,000 grant over the next 24 months to support two new journalists: one education reporter and one data journalist/analytics specialist. Barr’s support will also enable a “freelance fund” to cover costs of related reporting.

As we have shared on our blog in the past, a significant body of research has made it clear that Boston is far from providing all children with access to a high-quality school. Last year, I wrote about the Barr-funded EY-Parthenon study, Excellence and Equity for All. This report detailed the status of high school students in the Boston Public Schools. It found great disparities in the quality of high schools. It also found that a student’s chances of graduating can vary as much as 30 percentage points, depending on the high school they attend. A recent report from the Success Boston Initiative found many students who graduate high school are not college-ready. Six years after graduation, only 38 percent of Boston’s graduating class of 2011 had obtained a postsecondary credential.

From time to time, Barr has invested in media efforts related to our core programs and region. Recent examples include support for WBUR’s ARTery and MassINC’s Commonwealth Magazine, to bolster coverage of arts and creativity in Massachusetts, or for Hechinger Report’s “Map to the Middle Class” – a special report on secondary schools that help students succeed in college, career, and life.

As with all of these other efforts, and following best practices for philanthropic support of media organizations, the Foundation will have no input into the content of the Globe’s coverage. This “editorial firewall” is written into our grant agreement with the Globe and will be noted on the project’s dedicated website.

As with the Globe’s series on racism in Boston in December 2017, The Valedictorian Project struck a nerve locally and stimulated a larger conversation about public education. We believe the Globe is uniquely positioned to keep this issue front and center, to deepen public knowledge, inform civic leaders and policymakers as they advance solutions, and inspire a community-wide conversation about our boldest aspirations for public education. We are excited to see the resulting work and impact.

As this new effort begins, The Globe wants to hear from the community. To learn more about The Globe’s education coverage and to lend your ideas, sign up here.