A Few Words with Leah Hamilton

Get to know Barr’s new director of education

How did you find your way into a career in education? 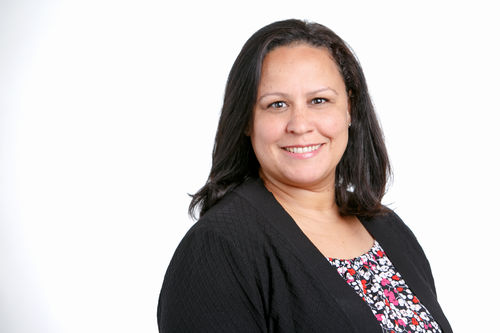 When I was in graduate school studying business and social work, I was really interested in economic development and thought I would ultimately get into that sector. But through my field training, I spent time with 9th graders who had been placed in a program because they were academically underachieving at their high school in the Bronx. Our aim was to help these students address their social and emotional challenges and strengthen their academic skills so they could reenter high school. Yet, I couldn’t help noticing the unique strengths each of these students brought. And it really shifted my frame. I saw how their school was not meeting their needs—and how the real challenge, and opportunity, was not in “fixing” students, but in changing that school, and the whole system of which that school was a part, to better serve its students. That was the root of my interest in working with students and thinking about how their experiences and needs could inform the environments we design for them.

Earlier in your career, you helped launch and lead the Office of Multiple Pathways to Graduation inside the New York City Department of Education. What was the big challenge you were focused on there?

At the time that I joined the Department of Education, the city was very focused on strategies to improve the high school graduation rate and secondary school reform. As part of that, we were aggressively creating new small high schools to replace large comprehensive high schools that had been failing students for so long. Leaders in the city, the department, and the community were rightly asking, what about the students who were already in high school but not making progress or had already disengaged and dropped out? In order to develop a strategic response to the needs of what we came to call the overaged and under-credited high school population, we needed to know how many there were, who they were, and what they needed to be successful. We launched the Office of Multiple Pathways to Graduation first to develop the necessary fact base for this part of the secondary reform strategy and then to redesign the system of secondary schools with the goal of getting more students, even those who had fallen behind or dropped out, to graduate.

How did this new office engage?

We first got grounded in the facts. We looked at every single young person who was enrolled in high school at any point over a six-year period to better understand the population we weren’t serving well. We found that the population was very diverse and needed a completely different kind of high school experience than they were getting.

Then, we looked at the schools that were serving these students better and tried to understand and replicate their best practices, while we discontinued programs that were not serving students well. We also invested in innovation and invented new, small, personalized and academically rigorous schools to re-engage this youth population. We created a portfolio of different models, or school designs, for young people. That’s why we called the office the Office of Multiple Pathways to Graduation, reflecting that different and multiple models may be required to get all students to the same high standard of college and career readiness.

What outcomes have endured?

The data showed that when an overage and under-credited student stayed in a comprehensive high school, his or her chances of graduating was 19%. If that student was able to attend a high-quality option designed to meet his or her needs, that graduation rate rose to as high as 70%, which, at the time, beat the district’s overall high school graduation rate. The new schools have endured along with the strong community partnerships that were formed when launching them.

While you were at the NYC Department of Education, you worked with many different foundations. What reflections do you have from that vantage point about how philanthropy can be a constructive partner?

The most productive partnership I experienced had a few common and, in my view, critical features, including:

Following your time at the NYC Department of Education, you became a funder yourself as a senior member of the Carnegie Corporation of New York’s education team. What are some of the key lessons you carry with you from that time?

There are so many lessons I carry with me from my time at Carnegie, but here are two:

What drew you to this opportunity at Barr?

There’s a tremendous opportunity here. The chance to lead the Education team here at Barr is especially exciting because the organization is undergoing strategic planning. While Barr wants to build on its history, it is also open to new ways to catalyze big change—in the context of a city and state that are trying to accomplish something they never have before, which is to get all students to a high level of readiness for post-secondary education and career opportunities. In order to do this, we must reimagine our schools. This undertaking has great potential because of the rich talent and resources in this region. The work here is also important on a national level: places around the country trying to solve similar problems will take notice.

Barr has such a great history of giving and I’m thrilled to be a part of it and have the opportunity to build on the work that’s been done. I look forward to getting to know my colleagues, both at Barr as well as at our many partner organizations. 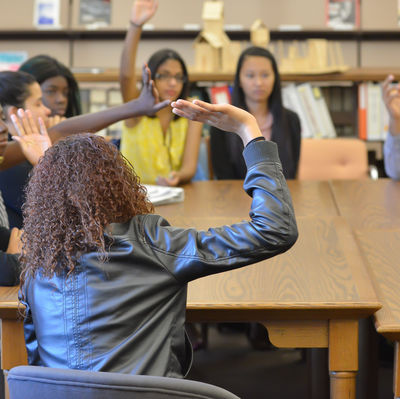 Timely, expert support for school and system leaders navigating COVID19 and planning for the 2020-21 school year. 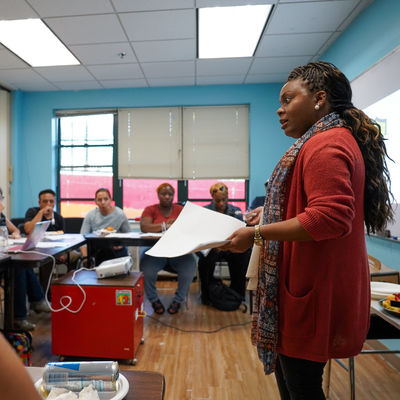 The Critical Role of Teacher Leaders.

New research offers framework to understand the many forms teacher leadership takes, and insights into the opportunities for educators in Massachusetts.