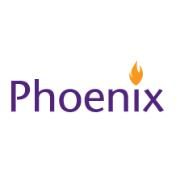 Leah Hamilton served as director of education from 2015 to June 2022. For the balance of 2022, Leah will be serving as a senior advisor working on a range of special projects. In early 2023, she will become Vice President, Philanthropy at Pilot House Associates. As director of education, she oversaw the development and launch of the Education Program’s new strategic direction in 2016, including its expansion from Boston to New England. She led the program until July 2022 with the goal of increasing the number of youth who connect to secondary and post-secondary success.

Leah came to Barr from Carnegie Corporation of New York, where she led a national program called New Designs for K–16 Pathways. In that leadership role, she directed approximately $25 million in annual grantmaking and oversaw a portfolio of activity supporting the development of new school models, innovative practices, and policies to drive greater academic achievement for low-income and minority students nationwide.

Prior to joining Carnegie in 2009, Leah served as executive director of the Office of Multiple Pathways to Graduation in the New York City Department of Education during Mayor Michael Bloomberg’s administration. This was a new office created to increase graduation rates of students struggling in NYC high schools. Leah’s rigorous, thoughtful, strategic approach led to major new public and private investments to expand the systemic approach.

A graduate of Williams College, Leah earned joint advanced degrees (M.B.A. and M.S.W.) at Columbia University. She has also been a Fellow in Entrepreneurial Leadership in Public Education at the Aspen Institute.