Director of the Mayor's Office for Immigrant Advancement, City of Boston

Yusufi Vali will become the Director of the Mayor's Office for Immigrant Advancement (MOIA) at the City of Boston on July 15, 2019. MOIA's charge is (1) to ensure that immigrants feel safe, secure, and welcome, (2) have equitable access to resources, and (3) are fully embraced in all aspects of the city.

Prior to this role, Yusufi served as Executive Director from 2012-2019 at the Islamic Society of Boston Cultural Center (ISBCC), where he worked when he was recognized as a Barr Fellow. ISBCC is a diverse congregation of over 1500 worshippers from over 64 ethnic, primarily immigrant backgrounds. During Yusufi's tenure, 60% of the ISBCC's congregants were under 35 years old, a rarity among mosques in America. In addition, two separate case studies, produced by the Institute of Social Policy & Understanding (ISPU), highlighted the center's handling of the aftermath of the Boston Marathon bombing and its recruitment of a Senior Imam. Moreover, through Yusufi's leadership, the ISBCC built strong relationships with interfaith, civic, and political leaders. These relationships led to a better understanding of Muslims in Massachusetts, advocacy against discriminatory policies targeting Muslim and immigrant communities, Muslims standing up for other minority communities, and collaboration on campaigns for park improvements in Roxbury, better quality health care, and affordable housing.

Before joining the ISBCC in 2012, Yusufi was a community organizer with the Greater Boston Interfaith Organization, advocating for better education for low income students in Boston. His proudest campaign was organizing parents, teachers, and community partners in Roxbury to win a $70+ million renovation of the Dearborn school into a state of the art STEM Facility.

Yusufi also was a Fulbright Scholar, a Marshall Scholar, and now is a Barr Fellow. He has an MSc in Philosophy from the London School of Economics, an MA in Islamic Studies from the School of Oriental and African Studies, and a BA in Near Eastern Studies from Princeton University. 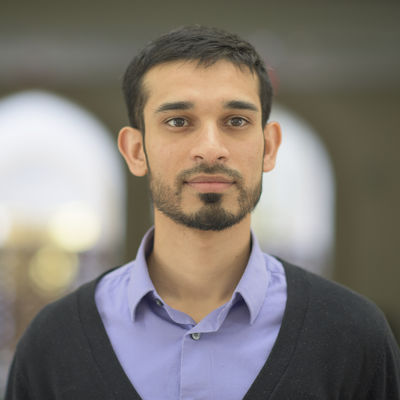