Nigel Jacob is the Co-Founder and previously served as the Co-Chair of the Mayor’s Office of New Urban Mechanics, a civic innovation incubator and R&D Lab within Boston’s City Hall. Nigel’s work is about making urban life better via innovative, people-oriented applications of technology and design. Nigel was recognized as a Barr Fellow in 2019 for his work with the Office of New Urban Mechanics.

He was also previously the Urban Technologist in Residence at Living Cities, a philanthropic collaboration of 22 of the world’s largest foundations and financial institutions. Nigel is currently a board member at many social impact organizations, including the Engagement Lab at Emerson College and Cities of Service, and is an Executive-in-Residence at Boston University.

Nigel’s work has been written about extensively in magazines such as Wired, MIT Technology Review, Fast Company and books including The Responsive City, by Stephen Goldsmith and Susan Crawford and Smart Cities by Anthony Townsend.

This ground breaking work has earned Nigel a number of awards including being named a Public Official of the Year by Governing Magazine, a White House Champion of Change, the Tribeca Disruptive Innovation award, and most recently, the MassTLC Distinguished Leadership award. 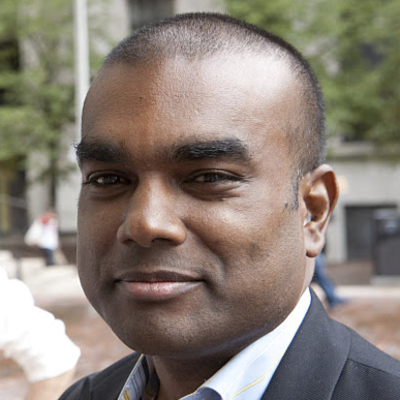