Dr. Emily Reichert serves as Chief Executive Officer of Greentown Collaborative, the largest clean technology startup incubator in North America. As the company's first employee, Emily has spearheaded the rapid growth of Greentown Collaborative into a global center for clean technology innovation, attracting visitors and partners from around the world.

Emily started her career at Arthur D. Little as a Ph.D. scientist and progressed into R&D, business development and general management roles. Prior to Greentown Collaborative, she was the Director of Business Operations at the Warner Babcock Institute for Green Chemistry, where she helped grow the angel-funded startup into a sustainable contract R&D business with a mission to minimize environmental impact of chemical products.

Emily also served as an MIT Sloan Fellow in Innovation and Global Leadership as well as a Venture Labs Fellow at Flagship Ventures, a Boston-based Venture Capital firm. Emily has been appointed to leadership positions on innovation, economic development, entrepreneurship and clean technology commercialization at the city, state, and federal level, including the Massachusetts Governor’s Economic Development Planning Council and the U.S. Secretary of Commerce’s National Advisory Council on Innovation and Entrepreneurship.

Globally, Emily serves as a member of the World Economic Forum’s Futures Council on Advanced Energy Technologies. Emily has served as a board member or as an advisor for a number of entrepreneurship and clean technology-focused organizations including the MIT Energy Club, Northeast Clean Energy Council, Cleantech Open Northeast, Cyclotron Road, the Incubatenergy Network, the MIT Enterprise Forum, the Museum of Science Board of Trustees and Overseers, and the Alliance for Business Leadership Energy and Environment Council. Emily was profiled in Forbes Magazine as “The Woman Who Runs the Fastest Growing Cleantech Startup Hub on the East Coast” and listed as one of Mashable’s “15 People Shaping Boston’s Tech Scene.” The Northeast Clean Energy Council named Emily “Startup Supporter of the Year” in 2015 and honored her with the “Decade of Influence Award” in 2017. Mass High Tech named her a “Woman to Watch” in 2014, and the Boston Business Journal presented her with the “Women Who Mean Business” Award in 2017 and the Power 50 Executive Award in 2018.

Emily has earned international recognition for her leadership in cleantech innovation and entrepreneurship and has received invitations to speak at international conferences such as the World Economic Forum Global Future Council in Dubai, World Efficiencies Solutions Conference in Paris, France; Les Rencontres Economiques d’Aix-en-Provence, France, and the Japanese Women’s Leadership Initiative Summit in Tokyo, Japan. She holds a Ph.D. in Physical Chemistry from the University of Wisconsin-Madison and earned her MBA from MIT Sloan School of Management. 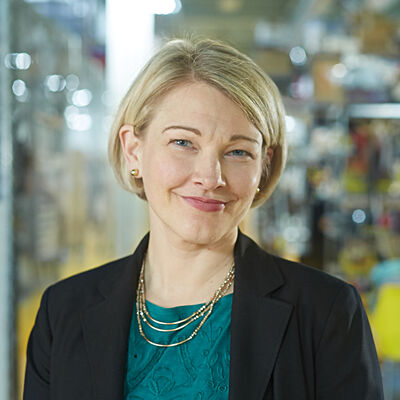