How can investments in data and community partnerships set the stage for a lifetime of learning adventures?

When four-year-old Graziela was asked, "What do you think kindergarten will be like?" She responded excitedly, "I hope it will be so many adventures!" This earnest excitement is a sentiment shared by so many young learners—and one that we hope for all children—as they enter formal school systems across the country. For Boston Public School's Department of Early Childhood, it was not merely a wish, but a mandate: pre-kindergarten (or K1 in Boston Public Schools) should be a time of educational adventures.

Boston Public Schools (BPS) educates over 2,800 K1 students in over 130 classrooms across the District. The BPS early education curriculum is one of the top-ranked in the nation, and has been a model for programs-both public and private-across the country. Four guiding principles ground BPS's pre-kindergarten work to engage young learners and nurture their potential:

Guiding Principles of the K1 Curriculum:

Building Quality from the Floor: Using Data to Improve Programming

Today's top-notch curriculum and focus on high-quality instruction and learning was the result of dedicated collaboration and design by school leaders, early educators, and families. In 2005, BPS created the Department of Early Childhood, followed by a dramatic growth from 38 K1 classrooms in 2005 to 78 in 2007. The City prioritized the expansion of seats to address educational and social inequities in the K-12 system. However, a 2006 study by the Wellesley Centers for Women delivered a warning: the quality of instruction and facilities in over 70% of BPS preschool classrooms was inadequate, with unsanitary classrooms and unsafe schoolyards. When it comes to early childhood education, it's not just a matter of creating seats—it's about the quality of the educational experience.

BPS made those critical early findings a call to action, and has used data ever since to continually improve the quality in its early childhood classrooms. Since 2007, this quality lens has been a catalytic force in redesigning the K1 program. BPS adopted rigorous curricula, provided professional development and coaching, and is on its way to having all of its preschool and kindergarten classrooms accredited by the National Association for the Education of Young Children, which promotes quality and excellence in early childhood education. A 2013 Harvard study found that the BPS preschool program is among the most effective in the country, substantially improving children's readiness for kindergarten and their chances for success in later grades. Another study found that students participating in the program were 50% more likely to enter school ready for kindergarten than students who had not.

For a glimpse of what Boston Public Schools' K1 program looks like in practice, watch "Restoring Opportunity: Mather Elementary School" below:

Understandably, these kinds of results are contributing to high demand among Boston families—far outstripping the seats the District currently offers. To expand supply, BPS has increased the number of K1 seats in its schools. But space and budgetary constraints have limited the pace and scale of growth. Another issue is that the District's K1 program does not offer the full-day, full-year care that many working families need.

What makes the BPS pre-kindergarten curriculum, "Focus on K1," so successful? It provides a child-centric, inquiry-based model to develop higher order analytical skills and prepare all children for success in school and life. Educators are well-equipped with the materials, professional development, and coaching to bring high-quality learning adventures to the classroom, and families are supported as partners in helping their children achieve.

Spurred on by its success with four-year olds, BPS now uses the strategies in its successful Pre-K model to drive changes up into the early elementary years. Since 2012, BPS has been creating and implementing an aligned, integrated, developmentally appropriate, early elementary curriculum for Pre-K through second grade. This new "Focus on Early Learning" curriculum for Pre-K, Kindergarten, First, and Second-grade programs is based on the most current, research-based practices to support children in becoming proficient early readers. With the Pre-K and Kindergarten curricula fully implemented in the District, the focus has been on grades one and two, with 60% of classrooms having adopted Focus on First and 30% piloting Focus on Second in its debut year. Curricula are available online at the BPS Early Childhood website.

Boston Public Schools has demonstrated that high-quality education can be a reality for all students, ensuring that these young learners are ready for kindergarten and beyond, and excited by the adventures to come. 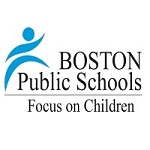 The Early & Elementary Education Policy Team at New America published this report, which explains the work that has taken place over the last decade in Boston to not only improve pre-K, but to build on the successes of pre-K to transform classroom environments, curricula and instruction in kindergarten, first, and second grades.