Leo’s photography project “bozaikos” presents one of the many cultural narratives developing and shaping the city.

Three months ago Department of Play asked me by to create “a cultural narrative” of Boston. Such a daunting task flooded me with a combination of fear and excitement. Around that time I was about to travel to Puerto Rico for a quick visit home. I had quit a graphic design job a few months ago and had planned to be in vacation mode for a bit. But when I got the job as a “photo ethnographer” for Boston Creates, I jumped in at the opportunity without thinking it twice. Cultural narrative of Boston? OK, let's do this!

My main goal was to move away from the traditional downtown-historic-district-charles-river-shiny-buildings-by-the-sunset image of the city. Boston is a city where you can walk from an Italian to a Chinese neighborhood listening to conversations in Japanese, Farsi, Spanish, or French. In this city, I've been to public pillow and water gun fights, and have seen hundreds of people dancing on the streets at dawn. Surely there was more to see than a postcard image of the city.

My main goal was to move away from the traditional downtown-historic-district-charles-river-shiny-buildings-by-the-sunset image of the city.

Initially I gravitated towards immigrant community events, maybe because I'm an immigrant; and some of the events were picturesque enough to work well for visual documentation. But, as my documentation evolved, I focused on a broader definition of community; one that included social communities such as bike and yoga groups, which are very active within the city. Communities take many shapes but I was interested in the open intimacy that these events afforded. 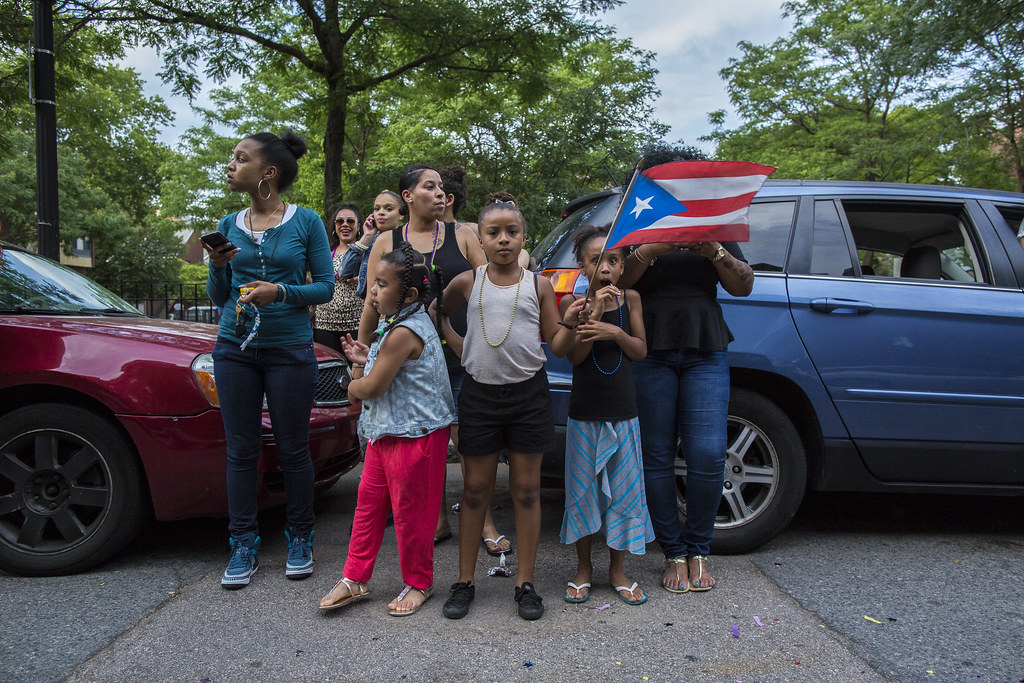 bozaikos intended to show who we are as a city by presenting multiple images of Boston, and the potential of photography to address questions of identity and visual representation within the city's cultural landscape. It further showed that consistent attempts at documenting the life of people, how they work, play and socialize are important. Specially, if these lives belong to a disenfranchised and underprivileged group. This documentation serves as a way of providing visibility within this History. It’s only when people in decision-making positions perceive these groups as embedded into the cultural fabric of the city that they will create inclusionary, fair, and multicultural funding opportunities and policy guidelines.

There are, as expected, many issues with my documentation process. Documenting a community as an outsider is problematic for reasons that have been previously exposed. It’s always questionable when an outsider (in my case, born and bred in another country) partakes in a process aimed at representing experiences other than his own. These documentation processes should be long-term collaborations between insiders’ and outsiders’ perspectives. In a city like Boston, where many communities feel left out or marginalized, it’s essential to do an extra effort to bring in artists that usually get left out, and who have alternative narratives of the city. That is, if we want to be fair to the historic memory of Boston, and more importantly, to the people that we are looking at through our art.

In a city like Boston, where many communities feel left out or marginalized, it’s essential to do an extra effort to bring in artists that usually get left out, and who have alternative narratives of the city.

Also, the practical limitations in terms of budget, time, personal energy, and commitments that a city-wide project entails posed challenges to creating a broader or more inclusive narrative—for example, I wasn’t able to photograph Southie, the Greek community, or events related to the gay community. For that reason, I view this project not as a finished product but as a first step.

Photography projects such as bozaikos have the potential of transforming perception by shifting it away from exclusionary narratives of culture within a city. If Boston is really a multicultural city, which I believe it is, and all immigrant groups are part of the city, then everyone’s cultural manifestations are to be funded, encouraged, and promoted as part of the city’s cultural landscape. Documenting and sharing these manifestations can help bring forward the existence (and the beauty) of some of the more intimate and small community events. Many of these events are not promoted enough, and perhaps are absent from the perception of many Bostonians.

In terms of my art, this project prompted me to think about my relationship with photography, and the themes and subjects I capture with my camera. At some point I questioned if I had the right to visit some of these communities and take pictures. I still wonder about how to create a relationship of equality and respect with the people I photograph. For example, I remember when I went to a community festival and asked for permission to photograph. After I explained to the community leader the reason, I visited their location, he/she asked me: “Ok, what do I get in return?” It seemed an entirely selfish question at the moment, but now it seems entirely fair. If I consider the people I photograph as equals, it's fair for them to ask for something in return. 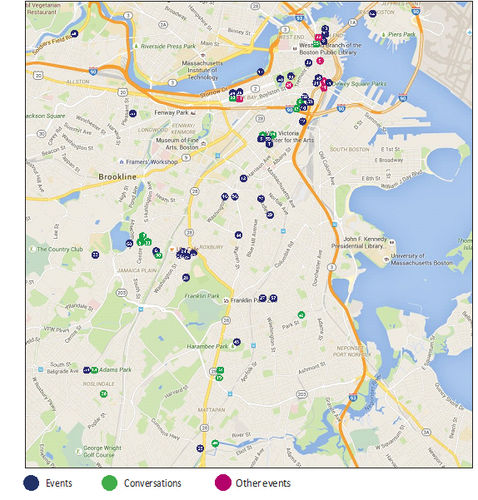 This project took me over various parts of Boston to events which probably I would had never visited; I talked to community members/leaders who I would have never met and explored neighborhoods I would never have explored. I visited 62 events, including 15 neighborhood conversations and a few random events (see map to the right). I rode my bike to a lot of the events, I took the subway, I walked, and I drove. It was a lot of fun. I discovered new streets and wonderful events hidden in the intimacy of a neighborhood. But, what really impressed me was the desire of people to belong and participate in something. This is my humble tribute to those people.

Learn about Department of Play’s role in Boston Creates 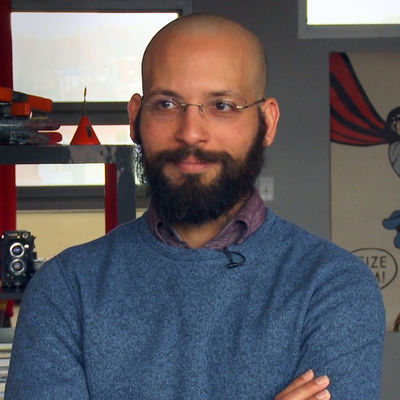 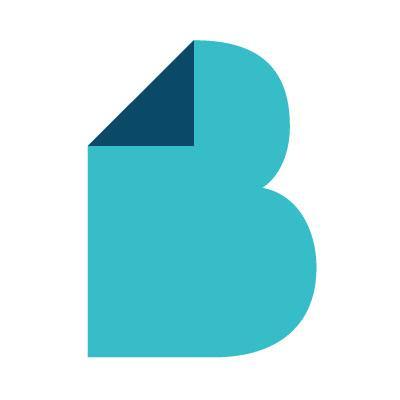