Boston After School & Beyond

What Does It Take to Bring Good Ideas to Scale? 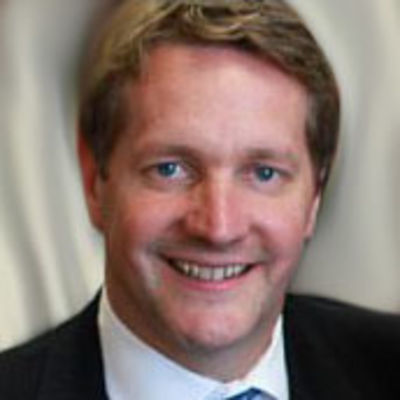 The back-to-school season is a time of anticipation, excitement, and jitters. These feelings come to the surface for good reason: many young people struggle with the transition from the freedom of summer to the structure and expectations of the school year. Research shows that virtually all students lose some knowledge and skills over the summer, an effect known as “summer slide.” Yet, on average, low-income children slide further than their wealthier peers—exacerbating achievement gaps.

This fall in Boston, however, thousands of students are returning to school ready and motivated to learn. That’s because they were part of a “summer of learning,” as declared by Mayor Martin J. Walsh and Superintendent Tommy Chang. More than 6,500 Boston school children enrolled in 79 summer learning programs in diverse, non-traditional settings around the city as part of the Boston Summer Learning Project.

This number nearly doubled the previous year’s reach. But the mayor set the bar even higher—establishing a goal to serve 10,000 Boston students in 100 summer programs by 2017.

The mayor’s goal addresses an increasingly critical issue in today’s society—the well-documented gap in enrichment and learning opportunities between low-income youth and their wealthier peers. It also builds on the early positive findings of the most rigorous and comprehensive research to date on summer learning.

This call to action is six years in the making and reflects a high water mark for public recognition of the importance of summer learning in Boston and nationally. How did we get to this point? Six years ago, a group of funders, the City of Boston, the Boston Public Schools, and Boston After School & Beyond, the organization that I run, saw an opportunity to unite some of Boston’s best summer programs to create a new model of learning that would focus on low-performing students in low-performing schools. This approach has resulted in thousands of new summer opportunities for students, increased capacity of summer programs, and actionable data on what is working for young people.

Even though there is much work ahead to meet the goal, the Barr Foundation, which has been one of the core supporters of this effort, invited me to reflect on how this idea has transformed from a discrete project to a citywide model. In my view, three ingredients proved essential to sustaining and growing this approach.

An ambitious goal provides an opportunity for stakeholders to play to their strengths and collectively take on a new challenge. Over the past six years, Boston After School & Beyond and the Boston Public Schools have united around the common goal of reversing learning loss during summer; improving skills associated with school, college, and career success; and deepening school-community partnerships. Since its inception in 2010, the Summer Learning Project, which we created together with the support of the Boston Opportunity Agenda, has created thousands of new seats to provide high-need students with engaging and enriching summer learning experiences.

A guiding principle informed this common goal: flexibility in implementation should be coupled with consistency in measuring results so that we can understand what is working and what needs improvement. This principle had a practical effect on engaging a broad array of programs under a single goal in a coordinated and measurable way.

2. A model that draws on diversity

Diversity strengthens a model, and a diverse student population necessitates a diverse array of programmatic approaches. That is why the mayor’s goal calls on the entire city to be part of a summer learning agenda. In making the case for his goal, Mayor Walsh explained that “our entire city can serve as a classroom” that will bring learning to life. The 79 programs that are part of the 2015 Summer Learning Project reflect this city classroom. Natural reservations, the Harbor Islands, the Zoo, colleges, workplaces, sports and arts programs, neighborhood-based organizations, and others have a role to play.

When stakeholders work together in pursuit of a common goal, informed by common measures, they can play to their strengths and create a rich ecosystem of support for Boston’s young people.

3. A commitment to continuous learning and improvement

Since the beginning, all organizations in the Summer Learning Project have been dedicated to a common measurement and quality improvement agenda—enabling partners to put their best foot forward, learn from one another, and create new knowledge for the field, locally and nationally. For example, all organizations, regardless of their resources or approach, measure program quality and student progress using the same tools and the same metrics. This helps programs to see their relative strengths and weaknesses and allows all of us to see citywide trends across programs.

Additionally, Boston readily engaged in the most rigorous and comprehensive study ever on summer learning, commissioned by The Wallace Foundation and evaluated by the RAND Corporation. RAND’s Ready for Fall? report shows that participants in summer programs gained a significant advantage in mathematics performance over their peers come fall.

In this national context, Boston’s effort stood out for its creative and strategic partnerships, linking schools with a much broader array of expertise, resources, and learning settings than would typically be found in a summer school experience.

With a public goal in place, a broad array of dedicated partners, and valuable data on what’s working, we can make high quality summer learning for all students an expectation and a reality.

Boston After School & Beyond is a public-private partnership dedicated to making high-quality, year-round learning accessible to all Boston youth. It mobilizes partnerships among the City of Boston, the Boston Public Schools, program providers, philanthropy, business, and higher education.