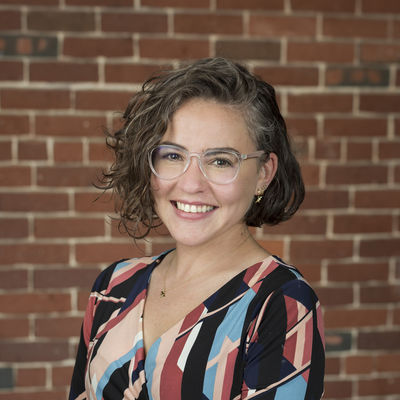 At the Barr Foundation, we work in close partnership with community-based organizations at the forefront of efforts to transform Greater Boston’s waterfront into a more equitable, accessible, resilient, and world-class space for all of the region's communities.

The waterfront is closely linked to the long-term health, wellbeing, and joy of people throughout Greater Boston. The accelerating impacts of climate change, key decision points about how we tackle development on our waterfront, a potential influx of federal funding, and changes in city leadership are setting the stage for the coming months and years to be a pivotal inflection point for the future of this public space.

And once again, the city is going to be presented with the same question we’re already facing when it comes to our infrastructure, housing, efforts to prepare for the climate crisis, and other pressing issues: Is the way we’re approaching change working for all our communities? Or do the times call for us to think big, and consider a massive shift in how we invest in and think about our city’s most valued public resources?

Is the way we’re approaching change working for all our communities? Or do the times call for us to think big, and consider a massive shift in how we invest in and think about our city’s most valued public resources?

A recent poll commissioned by the Coalition for a Resilient and Inclusive Waterfront — an alliance of more than 40 diverse nonprofit organizations focused on bringing the pressing issues facing Boston’s harbor and rivers to the forefront of the public conversation and an effort which the Barr Foundation enthusiastically supports — shows overwhelming support for the latter.

The poll, conducted by MassINC Polling Group in June, surveyed 645 likely voters in Boston on the waterfront, their hopes for its future, and the significant work we need to do to create spaces that are truly reflective of, and a resource to, all communities in the city. Here’s what it found.

Creating more open, accessible space on the waterfront should be a priority.

First, it’s clear that the majority of Boston voters prioritize the creation of open and accessible places on the waterfront, even if that means less space for developers.

The vast majority of respondents — 87% — voiced support for the creation of new open spaces for public use on the waterfront, and 76% of respondents agreed with the statement: “The waterfront should be accessible to everyone, even if it means less land for developers to build on.”

76% of respondents agreed with the statement: The waterfront should be accessible to everyone, even if it means less land for developers to build on. Tweet This

There is a lot of work to do to make the waterfront more affordable and welcoming.

Second, Boston voters make it clear that we have a lot more work to do to make the waterfront a welcoming place that is reflective of, and provides opportunities for all Boston communities, to play, work, and benefit from this incredible resource.

Today, only 38% of voters think the city’s racial diversity is reflected in the activities available on the waterfront, and only 55% of respondents think activities and dining on the water are affordable. We should be alarmed that nearly half of all polled voters feel that activities on the waterfront are out of their reach. And let's face it, if you don't have a reason to stay you're not very likely to make the journey. That's a problem for those of us fighting for "the people's harbor.”

We should be alarmed that nearly half of all polled voters feel that activities on the waterfront are out of their reach.

More funding and measures are needed to protect the city from climate change.

And finally, in the wake of our rapidly intensifying climate crisis, the poll shows just how urgently voters prioritize climate change protections, and the vital role the waterfront plays in making all of Boston more climate resilient.

81% of those surveyed are in favor of additional city government funding for climate change protections for specific neighborhoods in Boston, and nearly three-quarters of voters agreed that “the waterfront can help protect the city against the effects of climate change.”

This is an encouraging sign and shows that voters overwhelmingly support the City of Boston taking climate change seriously. Less than a decade ago you'd be hard pressed to find folks outside of the advocacy space that understood the science, knew the consequences, and had a plan to address climate change, and today, a majority of voters are on board with taking action to prepare our communities for the impacts.

The decisions we make now, the process we use to make them, and who we make them with, will have a tremendous impact on the future of one of Boston’s greatest public resources, and the communities that rely on it. Now, it’s up to us to work together — foundations, advocates, businesses, and public officials — to follow the lead of the communities we serve who are calling for bold and lasting change.