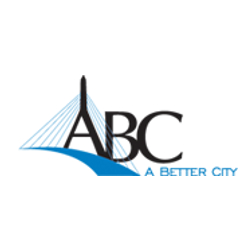 New study quantifies the significant economic and quality-of-life benefits Greater Boston and Massachusetts enjoy thanks to investments in transportation.

This month, A Better City and AECOM released "The Transportation Dividend: Transit Investments and the Massachusetts Economy," a new report on the economic benefits and value of the transportation system in Greater Boston—managed by the Massachusetts Bay Transportation Authority (MBTA). The report gets right to the headline: Our public transit system returns economic benefits worth five times the cost of operations, and many of those benefits are experienced daily by residents. It's clear that Massachusetts' current investments have paid off. But the report also includes a wake-up call—without renewed, long-term investments, our state risks the future of public transit and its ability to keep pace with regional population and economic growth.

Each year, Greater Boston's transportation system produces an estimated $11.4 billion in value, spurring job growth, linking people to opportunities, and—by the authors' estimates—helping avoid $15 billion in spending by individuals, businesses, and government, if we didn't have our current system. Simply put, our region could not be anywhere as productive, efficient, and connected without the MBTA. The Greater Boston area, the engine of our state's economy, is powered by public transit.

Our public transit system returns economic benefits worth five times the cost of operations, and many of those benefits are experienced daily by residents. Tweet This

Yet, there's more work to be done in order to support our region's full potential. Projected levels of population and job growth in our State are not sustainable without thoughtful, long-term planning, and smart, sustained, significant investments in the reliability, capacity and connectivity of our public transit system.

Watch below for a recording of the recent "Invest in Transit" panel discussion:

Join the conversation about the future of public transit that Massachusetts deserves by using #InvestinTransit.