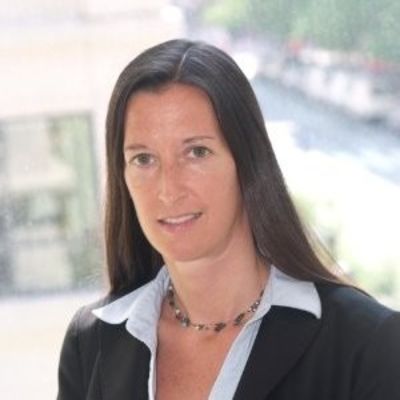 Catherine Bowes of the National Wildlife Federation on why offshore wind is taking off across the US, and what’s ahead for this game-changing source of clean, renewable energy.

America’s offshore wind story is an exciting and inspiring one, as nearly every week brings new announcements of bold steps forward by political and industry leaders. The momentum offers a beacon of hope as sobering reminders of the need to protect our communities and wildlife from climate change continue to increase.

After decades of lagging behind Europe, where the first offshore wind turbines were installed over 25 years ago, what’s different about this moment in America’s offshore wind story, and why is it so promising? Three main drivers are helping to propel offshore wind forward:

Just this fall, we have seen major progress as the industry comes to life on the east coast. At the Global Climate Action Summit in California, New Jersey Governor Phil Murphy made offshore wind as a critical component of his strategy to confront climate change and position New Jersey as a leader in building a clean energy economy. Governor Murphy signed the nation’s largest offshore wind goal of 3,500 megawatts (MW) into law and announced the most aggressive offshore wind procurement schedule for any state, inviting bids for the first 1,100 MW by the end of this year.

New York Governor Cuomo has made clear that New York intends to keep the pace on its offshore wind program with the recent release of a Request for Proposals (RFP) for at least 800 MW. The RFP includes precedent-setting provisions to ensure that projects maximize local economic benefits – including requiring all bidders to pay workers prevailing wages and commit to labor agreements – as well as environmental protections at all stages of development. And last week, the Long Island Power Authority increased the size of its first contract, allowing LIPA to buy more offshore wind for a lower price.

In Massachusetts, Governor Charlie Baker recently joined local business, government and community leaders in New Bedford to celebrate a final agreement with Vineyard Wind to utilize the port facility in New Bedford for construction activities. The Governor proudly pointed to this first lease for the state-owned Marine Commerce Terminal as “the beginning of the story,” and that “Massachusetts’ workers and the South Coast will help lead this new frontier for American energy and establish a hub for offshore wind development on the East Coast.” Also along the South Coast sits the former Brayton Point Power Station, a site that in the process of being redeveloped and rebranded to serve the offshore wind industry, a tangible example of the role that offshore wind is playing in the transformation of New England’s energy system.

All of this news comes just weeks after major offshore wind announcements from the US Department of the Interior, including a date for the much-anticipated federal auction for three new lease areas off the coast of Massachusetts. As states continue to set higher offshore wind goals, and more industry players enter this competitive marketplace, the availability of new leases is a critical piece of the puzzle. America’s offshore wind industry is on track for massive growth, with east coast states now committed to over 8,500 MW of offshore wind power - enough to power nearly 4 million homes.

National Wildlife Federation is thrilled to see this momentum in America’s pursuit of responsibly developed offshore wind power. We stand with a broad and diverse alliance of conservation, labor, business, faith, environmental justice, and community partners working to make it happen. With the urgency of climate change looming and already bringing devastating impacts to wildlife and communities here and around the globe, we must seize this opportunity available off our shores.

While this exciting progress is in many ways long overdue, it is also important to note that the offshore wind goals set by these states are just that – goals. We must now pivot to ensuring that only projects that maximize environmental protection, local workforce opportunities, and other community benefits are selected by states to meet their goals. There are also a number of issues that transcend individual states and projects and will require further attention as this industry matures, including transmission planning, port infrastructure investments, supply chain and workforce development, concerns about potential conflicts with commercial fishing and other offshore navigation issues – among others.

Addressing these issues requires an inclusive, strategic approach with leadership from government, industry, environmental groups, labor, coastal communities, and other stakeholders. Together, we are writing an exciting and essential new chapter in America’s energy story.