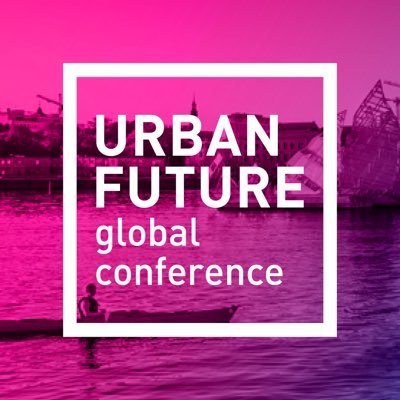 From Boston to Oslo and back—here are transportation solutions we want to see implemented at home.

Earlier this year, approximately 3,000 people from 400 cities around the world gathered in Oslo, Norway to share solutions for making cities more sustainable. The discussion took place at the URBAN FUTURE global conference against the backdrop of a city leading by example. Oslo was named the 2019 European Green Capital for sustainable practices such as banning cars from the city center, incentivizing residents to buy electric cars, and electrifying fleets of ferries and buses in record time.

Barr’s Mobility team traveled to Oslo to join this conversation along with a small group of public officials, employers, and leaders of membership organizations from Massachusetts. The goal of the trip was for the group of Massachusetts delegates to learn together, explore opportunities for collaboration, and come back inspired to take risks in the region. We invited leaders who demonstrated interest in transportation, economic development, and sustainability, and who upon returning home, would have a platform to try something innovative and positively impact a large constituency.

Below, several of the delegates share one idea that inspired them from the trip. The ideas represent mobility solutions that are working in Oslo and that could help solve Massachusetts’ mobility challenges.

My experience in Oslo highlighted the importance of integrating bus and rail seamlessly into our existing public transit system. From the moment we left the airport, it was clear that Oslo offers several options for environmentally-friendly travel: trains, ferries, buses, and readily-available scooters. Buses were a key piece to the system - covering areas that were not reached by train. The two modes complemented each other well. It was impossible to tell where one began and the other ended. Both modes were equally well maintained, which means people from all socio-economic backgrounds use them, which eliminated the mode segregation we see in the U.S.

I would love to see a Bus Rapid Transit (BRT) system in Boston and its surrounding areas. We need to better leverage and expand our bus system, including dedicated lanes for buses. My hope is that a BRT system would reduce ride share services and therefore traffic congestion. Finally, BRT would help to close Greater Boston's transportation gaps, providing greater access to jobs in Boston.
-Myechia Minter-Jordan MD, MBA, President and CEO, The Dimock Center

Position cars as the alternative form of transportation.

The mobility solution that I loved in Oslo and that we should consider for Greater Boston is fewer cars and more alternative transportation. The wide open city streets with so many pedestrians, cyclists, scooters, riders, etc. and almost NO cars was so amazing! And, it made the city safer, with people were out and about at 1:00 in the morning. I would be so happy to see Greater Boston head down a similar path.
-Jason Jacobs, Producer and host of My Climate Journey podcast; Founder of Runkeeper

I came away from the experience in awe of the politics, adoption, and impact of Oslo's Climate Budget. In 2017, the Mayor of Oslo—a working class guy turned politician—created the Climate Budget to provide transparency and accountability for efforts aiming to reduce carbon emissions. The Climate Budget is an innovative governance tool that clearly outlines the initiatives that the City of Oslo will implement to reduce carbon, who is responsible for them, the timeline for their implementation, and the expected emission reductions in relation to the city’s climate goals. The Oslo Climate Budget has institutionalized scalable changes, interagency change management, and data driven procurement metrics. Boston could look to Oslo’s model and create a similar tool to help move toward its climate goals.
-Wilnelia Rivera, Founder and Principal, Rivera Consulting; Founder and Host of Deep Democracy podcast

Make it easy to pay and move across modes.

As a visitor in Oslo, I appreciated how easy it was to use the public transit system. I have experienced many public transit systems across the world, but this was the first time I was able to purchase a ticket through an app, using ApplePay and my thumb print. Scandinavian cities are moving toward fully digital payment schemes for public transit services. In the U.S., we need to consider providing good transport access to the unbanked. Transit design in Oslo does point to a future with more payment options. Tickets could also be purchased at train stations, bus terminals, sidewalk kiosks, and selected shops such as 7-Elevens. And once the ticket was purchased, it could be used on metros, trams, buses, ferries, and trains with free transfers across modes. Cities in Massachusetts should incentivize residents – and visitors! – to take public transit by making it this easy and convenient to get on and go.
-Michael Kodransky, U.S. Director, Institute for Transportation & Development Policy (ITDP)

My biggest takeaway from the URBAN FUTURE conference is that climate is too often at the tail end of policy discussions, and needs to be a top-of-the-line priority in decision making. The health of our planet is dire, and we can't think we're going to take little steps anymore and change its trajectory. We need more significant commitments and, more importantly, accelerated results. If we have any chance of reducing, eliminating and perhaps even taking carbon out of the air, policy leaders need to start all initiative discussions with the question "how will this proposed policy effect emissions and the warming of the planet?"
-Jay Ash, CEO, Massachusetts Competitive Partnership

Design spaces for people, not cars.

While parking and traffic are key issues in Salem and other Massachusetts cities, we tend to lose sight of the fact that people are coming to cities, not to park, but to spend time doing stuff–eating, walking, shopping, playing, people watching, etc. In Oslo, I was struck by how removing cars from downtown streets opened up space to allow more of the “stuff” that people enjoy to take place. Oslo has reclaimed its streets for its people. A presentation by Brent Toderian at URBAN FUTURE described how Vancouver is doing the same. This past summer, the City of Salem rose to the challenge and took steps to make more space for people on its streets with pop-up bike lanes and other people-centric experiments.
-Mayor Kim Driscoll, City of Salem

Oslo has reclaimed its streets for its people. -@MayorDriscoll Tweet This

In Oslo, we saw firsthand how people can get where they want to go efficiently, comfortably, and sustainably. Not only has Oslo overcome many of the same mobility challenges we are facing in Massachusetts—such as car congestion and gaps in public transit service—but the city has also dramatically reduced its transportation-related carbon emissions. If they can do it in Oslo, we can do it in Massachusetts!

Perhaps the most convincing of all was the effect this trip had on my husband, Rogelio, who also came. While he is a big fan of Barr’s mobility work, he is often skeptical that we can accomplish the radical behavior change that is needed to break America’s love affair with the car. He started the journey as a naysayer, “it will be impossible to get people out of their cars,” he said. “People love to drive too much.” By the end of the trip, he was thrilled with how easily the bullet train got us into Oslo center, he loved walking to the local theatre, found taking the bus to the Viking Museum a breeze, and enjoyed several coffees along the promenade. His big takeaway: This is a much better way to live (or so much more enjoyable) than being stuck in traffic. With the right solutions in place, even naysayers can become champions.

“This is a much better way to live (or so much more enjoyable) than being stuck in traffic.”

Our delegation returned home inspired by the six ideas mentioned above as well as many other proven solutions playing out in cities around the world. We hope to carry this inspiration with us in our work going forward and collectively help to transform transportation in Massachusetts.