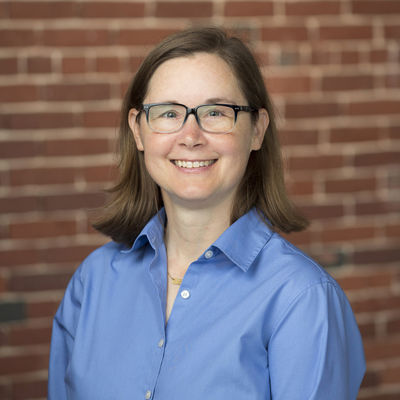 Would you tell us about your career path?

I grew up in a small town in Texas in the heart of the oil and gas fields, so I had a clear view of what energy meant—both good and bad—for people and our environment. I came from a family of cattle ranchers, and I grew up with a real connection to the outdoors and the land.

When I first went to law school, I knew I wanted to do something positive for the public good, but I wasn’t sure where I could make a real contribution. I always thought that environmental law might be a good fit for me, and when circumstances led me to move to New England, I decided to attend Vermont Law School to explore that idea.

At that time people were talking about a “resurgence” of coal-fired power even though we already understood the dangers of climate change. A light switched on, and I realized that working on energy issues would allow me to draw on my legal background as well as my personal experiences.

Tell us about what drew you to this opportunity at Barr?

I worked for several organizations in New England that were grantees of the Barr Foundation. There was something unique about the relationship we had with Barr—it was a collaborative effort grounded in a real partnership. The work I was able to do on natural gas leaks while I was at Conservation Law Foundation is a great example. It grew out of Mariella bringing me and Nathan Phillips together to talk about his research and led to a project that included gathering data and developing a legal and policy analysis. Over the years Barr has brought even more stakeholders to the table and that work has led to changes we could never have imagined. The idea of getting at these critical issues from a new perspective was exciting.

What lessons have you learned from working with communities?

Working with communities is the best way to get a clear view of what’s happening, what strategies are needed, and what the barriers might be to progress. Some of the most important lessons I've learned came from sitting around kitchen tables with neighbors and community organizers, just listening. When I started doing this work, I thought I was supposed to come in with all the answers, but over time I understood that you have to get to know the community and understand their experiences and concerns first.

Only then can you build a strategy together that resonates with the people you’re supporting. I realized that the information and resources that I had access to were most effective when I connected them to the people who were living on the frontlines.

How can nonprofits and foundations more effectively communicate about clean energy and climate change?

Start by asking, “Who are my audiences and what matters most to them?” Whether you are engaging with agency officials, local communities, environmentalists, or other affected stakeholders, start by listening to get a sense of their biggest questions and what matters most to them. There are huge consequences associated with changes to the energy system and the impacts of climate change. We’re often discussing people’s fears and aspirations. It’s important to connect with people where they are. Instead of talking about “system reliability,” we ought to be talking about keeping respirators working and insulin refrigerated—those are the kinds of issues that are at stake. When we talk about what matters most, we can connect with our audiences meaningfully.

What is the most significant barrier to advancing clean energy in the region?

We need to communicate what is possible with clean energy. We can design a system that is more flexible, more resilient, and less polluting. Getting there requires imagination and innovation, but that’s an opportunity, not a burden. The climate is changing and the grid has to change to meet a new set of demands.

There is a lot to be excited about with clean energy—we actually can get to 100 percent renewable power. To advance clean energy, people need to understand the benefits of a modern grid: new jobs, clean air, self-sufficiency during a storm. We have to paint that picture more clearly so people can see themselves in it.

What is one thing that might surprise people to learn about working in climate and clean energy?

A clean energy future is not just possible, it will be cheaper and more responsive to customer demands and climate impacts. The key isn’t some new technology that we haven’t yet discovered. The key is planning for it and building markets that accelerate rather than stall technological progress.

You have worked and lived throughout New England. What are some of your favorite things to do in the area?

I love being outdoors. One of my favorite activities is riding my bicycle in beautiful places here in New England because I think we’re incredibly lucky to live in such an amazing place. I just get a whole different view when I'm on my bike. I ride out by the Minuteman National Historic Park a lot. I also love taking my dogs to places where they can run around—like the Middlesex Fells or Menotomy Rocks Park.