Riding the Bus Is About to Get Better for 30,000 Commuters

Since Barr first began exploring Bus Rapid Transit (BRT) in 2013, one question has remained in sharp focus: will Massachusetts embrace the transformative potential of BRT to make commuting by bus more efficient, reliable and convenient?

To help answer that question, Barr issued a request for proposals earlier this year, calling on municipalities to lead the way to better transit. And, earlier this week, we were thrilled to announce that four communities answered that call in a big way.

At the LivableStreets Alliance’s annual StreetTalk 10-in-1 event, Barr, along with our partners from the BostonBRT initiative, announced three $100,000 grants awarded to pilot projects in Arlington, Everett, and Cambridge/Watertown. The municipalities will work in partnership with the MBTA, and in the case of Cambridge and Watertown, across city boundaries, to bring this work into its next critical phase: actually testing ideas on-the-ground to see how they improve the transit experience for thousands of riders.

Massachusetts residents deserve a transit system that is efficient, reliable, and equitable while contributing to long-term resiliency in a period of climate change. These BRT pilots offer the opportunity to test elements of what world-class places have every day. 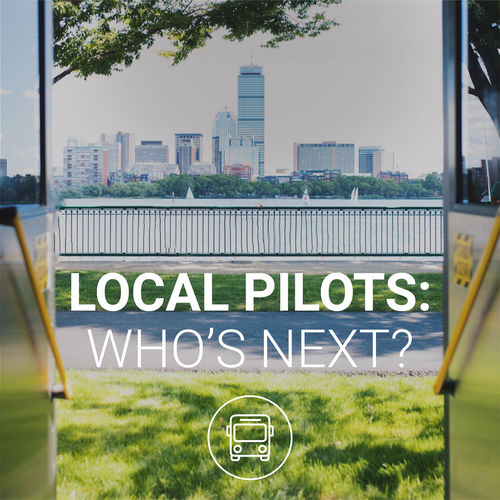 And at Barr, we hope that these trial runs spark interest from more municipalities to test – and implement – BRT elements to improve the bus experience, with the ultimate goal of building a network of Gold Standard BRT. We applaud the leadership of these municipalities and believe that together we can help bring to Greater Boston and the entire state of Massachusetts, a transportation system that rivals the best in the world.

To learn more about the local pilots, visit bostonbrt.org/local-pilots.