Reimagining the Future of Boston’s Waterfront 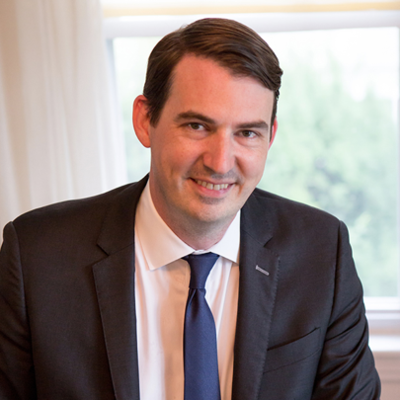 A recent survey of Boston residents reveals widespread support for a waterfront that is resilient and open to all.

While the Boston waterfront has been the topic of conversation for several years, it is now front-and-center more than ever, with development continuing to reshape our coast on a near-constant basis and the impacts of climate change a visible and tangible reality. As part of a community of organizations deeply dedicated to the city’s waterfront and Harbor, the Trustees and Boston Waterfront Partners have been vocal advocates for envisioning and building best-in-class, accessible, and climate-resilient open space.

As part of that work, and in preparation for an inaugural One Waterfront event last month, the Trustees commissioned a survey to hear directly from the citizens of Boston, gauging their opinions on the accessibility of parks and open space, the resiliency of our coast, and the benefits (economic and intrinsic) of community parks. Survey results demonstrated that Bostonians care deeply about their community, their waterfront, and its future.

Climate change proved to be a key issue for respondents, with 85% stating that the city is vulnerable to increasing threats to a fragile coastline. On the topic of open space, Bostonians surveyed equate parks and green spaces with several key benefits, including improvements to air quality, water, tourism, and community-building. Additionally, 71% of respondents believe there should be more public and open spaces in the city, and more than two-thirds favor policies to create more parks, gardens, and open space even if that means less traditional economic and business development in their communities. 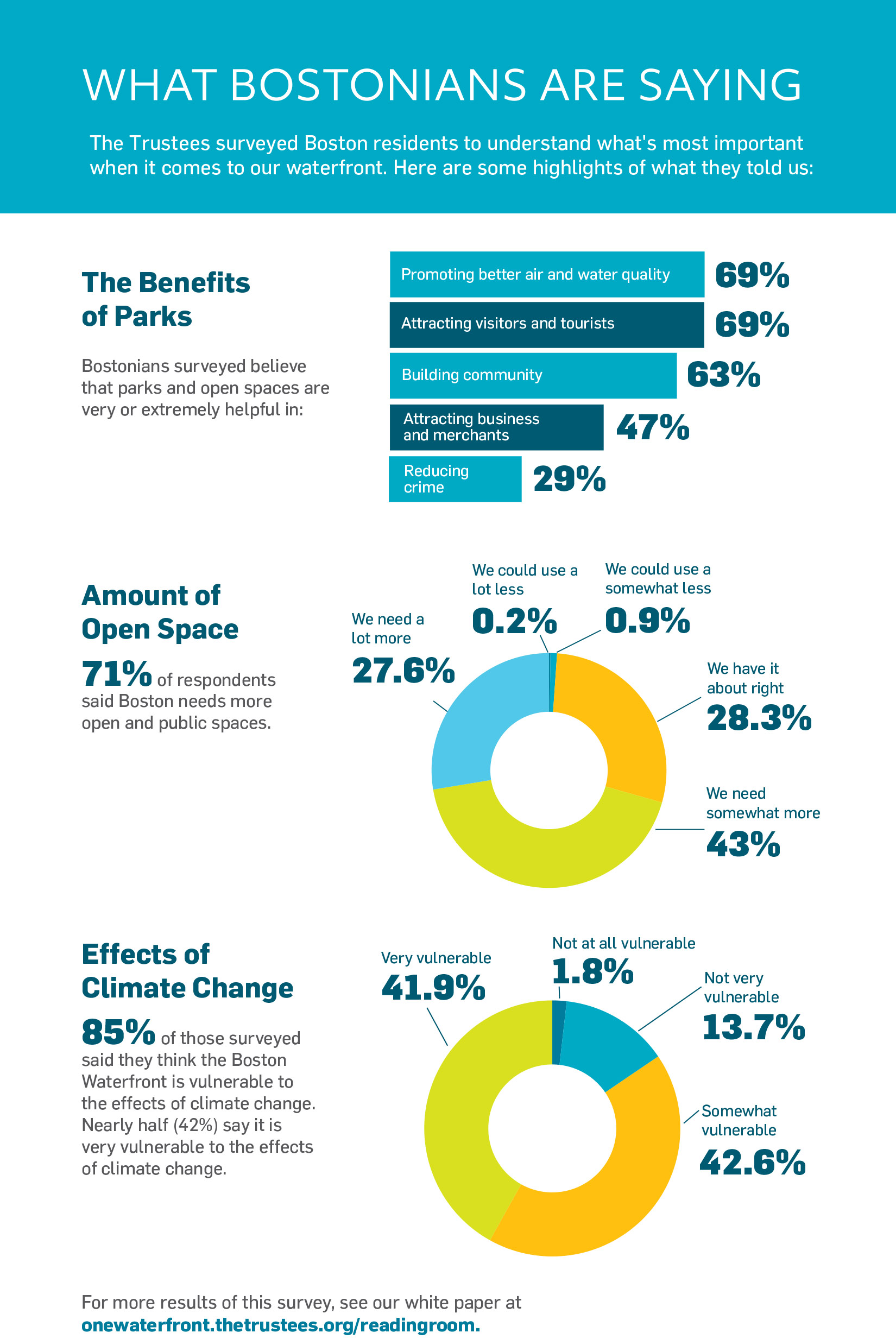 So why a focus on the waterfront? Three reasons:

First, we know the public demand is there. Great American coastal cities have transformed their waterfronts over the past decade into inviting and vibrant public places with abundant open space. Boston residents want to build on our history of outstanding parks and create the best. And if it is the people’s Harbor, then we need more ways for everyone to experience the water.

Boston residents want to build on our history of outstanding parks and create the best. And if it is the people’s Harbor, then we need more ways for everyone to experience the water.

Second, our coastline is changing. We need to ensure we are promoting resilience wherever possible. The Trustees is responsible for more miles of coastline than even the Commonwealth of Massachusetts, and we understand the issues before us. That is why we want to help build green infrastructure—parks that are far more attractive and multi-functional than seawalls, parks that will withstand the next century of change.

Third, it’s the right time. Boston is a hub of innovation undergoing an amazing transformation. More than ever before, we are on the global stage as a place to live, work, and create, with more and more of this activity happening along the Harbor.

Can we do this? We can, if we act now. We have the right land available; a set of nonprofit and community-based partners working together; broad-based support from civic leadership; and, most importantly, the will and enthusiasm of Bostonians to invest in parks and open space that will both protect the city and enhance residents’ quality of life.

As Boston Mayor Marty Walsh said at the OneWaterfront event, “We have a historic obligation before us to protect our city from the impacts of climate change, sea-level rise, and major storms. It’s also a historic opportunity to enhance natural resources and to create a beautiful, welcoming waterfront for all to enjoy.”

The reimagining of the Boston waterfront is a bold goal to pursue together, now.

To learn more or get involved, visit:

Get involved with Boston Waterfront Partners