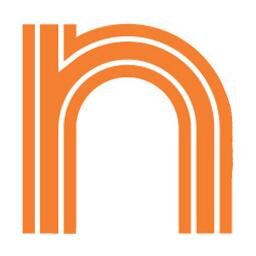 Public Art is Alive and Well in Boston Neighborhoods

After piloting the Creative City program for three years, San San Wong and Cathy Edwards share what we learned and what is next for supporting arts in the public realm.

Creative City put the "public" back in public art in Boston. It began in 2015 as Boston was undergoing a cultural planning process (Boston Creates) and there was a revived energy and interest for more arts in our city. Barr and the New England Foundation for the Arts (NEFA) came together and thought “Why not put money in the hands of artists to spark projects that would inspire public imagination?” 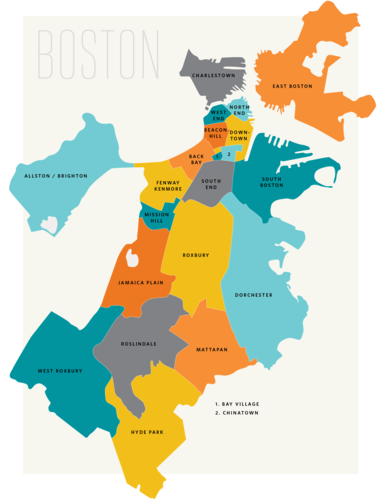 We wanted to present artists with opportunities to reimagine places for art and exercise their creative power to engage Boston residents.

Through Creative City projects, we saw neighborhoods activated as public art studios. Basketball courts turned into dance floors and parks turned into theaters. Residents from nearly every neighborhood gathered in public spaces to co-create with artists, share stories, and reflect on their neighborhood’s cultural history. We learned that investing in socially-engaged artists is a powerful way to spark important public conversations and drive community change, contributing to a stronger city overall. 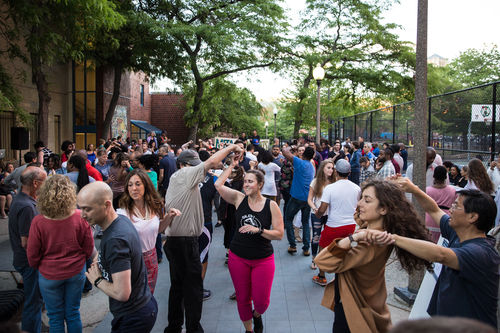 Through Creative City, Kerry Thompson offered monthly salsa in the park dance lessons to fellow DeafBlind community members. Entitled Movement to Move the Marginalized from the Margins, Kerry saw her project as a vehicle to promote the inclusion of marginalized communities to all arts and recreational activities. “You can have a dialogue that doesn’t have to be about the disability,” Kerry said. “It’s about the art.”

Nonprofit theater organization, Escena Latina Teatro hosted Teatro En El Parque/Theater In The Park, an evening of free outdoor theater presented in Spanish and English, with translations via supertitles. “It’s amazing to see that we are able to transform the place in such a small amount of time," said Juan Pedro Paniagua, founder, actor and director. "It becomes, I think, overall more welcoming and also more interesting for people.” Watch the video below to learn more about this project.

Creative City projects influenced change in ways that go beyond the immediate impacts of a mural, a neighborhood performance, or an installation. The model resulted in positive outcomes for the artist, the community partner, the community, and the field at large. Among them: 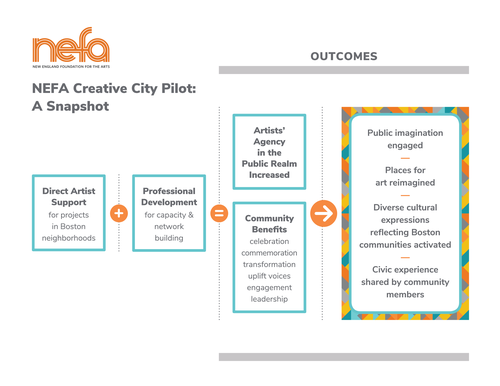 A full assessment of the program along with stories of several projects are now available through a Creative City report and video series found on NEFA’s website. In addition, Barr partnered with Americans for the Arts’ Animating Democracy team to assess how Creative City compares to other programs supporting arts in the public realm across the country. The national field scan looked at similarities and strengths of 30 public art programs, which we hope will serve as a resource to other funders and administrators interested in doing this work.

Barr and NEFA used the assessment of the pilot program and the national scan to inform what comes next for Creative City. We’re excited to announce that a $950,000 grant from the Barr Foundation will fund Creative City Boston, the next iteration of the program. Program design changes include:

Stay tuned for more information about Creative City Boston, including eligibility, criteria, and application timelines, which will be posted on NEFA’s website later this month.

We are thrilled to celebrate the last three years of work led by Creative City artists and look forward to continuing our support of public art in Boston by putting money directly in the hands of artists. We believe that when public spaces are activated by art, communities come alive, neighbors show up, and places previously marred by monotony are transformed into showcases of dynamic art.