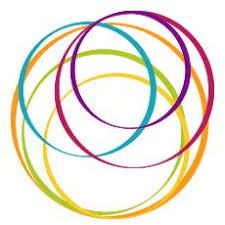 Our Creative Sector is Big, Booming, and at Risk

This article was originally published in the Viewpoint section of the Boston Business Journal on September 27, 2017.

People want arts and creativity in their lives. They also want jobs and economic growth in their communities. But too few of us realize how these two concepts are vitally linked. That needs to change.

According to two recent reports — “Jobs in the Creative Economy in New England and Why They Matter,” by New England Foundation for the Arts, and “Arts & Economic Prosperity 5” by Americans For The Arts— the creative economy is a much bigger part of our economy than many realize. By “creative economy,” we mean both nonprofit arts-and-culture organizations as well as creative professions such as graphic design, architecture, photography and film, among others, where workers may be employed in for-profit firms or as freelancers.

For too long, many have considered arts and creativity as “nice-to-haves,” rather than viewing them for what they truly are: vital components of a healthy economy. More than anywhere else in the nation, in Massachusetts and New England our creative economy is fundamental to our broader economy. It is big, and it is booming. Yet, it is also under threat. And we can’t take for granted that it will continue to grow and thrive.

For too long, many have considered arts and creativity as nice-to-haves, rather than vital components of a healthy economy. Tweet This

The sector is being disrupted by technology and consumer preferences; the cost of living in the region is high compared with the rest of the nation. We need to nurture, support and invest in the potential of our creative economy in the same way we do other important business sectors.

These investments promote other sectors as well. Technology, higher education, medicine and many other fields employ and depend on creative workers.

This fall, as dozens of candidates for state and municipal offices share their visions for a thriving Massachusetts, ask where they stand on this critical driver of our economy. And feel free to share these important findings with them. Business leaders can also develop and deepen partnerships with their local arts and cultural institutions, to bolster their capacity to enrich the lives of employees, draw new visitors and revenues, and enhance vitality in their communities.