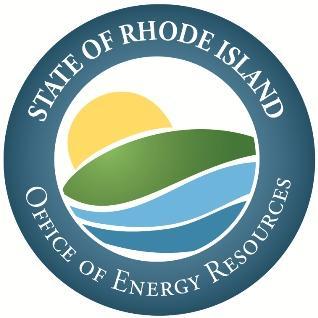 Since 2009, nine Northeastern states have been running an enormously successful program that is boosting state revenues, reducing how much consumers pay for energy, and accelerating our transition to a clean energy economy. Now, that program—the Regional Greenhouse Gas Initiative (RGGI)—is on track to get even stronger. On August 23, the RGGI states announced the good news that they would extend and strengthen RGGI, reducing power plant emissions by another 30 percent from 2020 to 2030. The proposed 2030 goal represents a 65 percent drop from emission levels when RGGI was formed in 2009, which is tremendous progress for the electric sector in our region.

This announcement is an inspiring example of bipartisan collaboration to address climate change (five governors in RGGI states are Republicans, four are Democrats), and signals to the world that forward-thinking leaders in the U.S. are committed to reducing carbon emissions. Collectively the RGGI states are the sixth-largest economy in the world with $2.8 trillion in GDP. California, where the legislature recently voted to extend its own cap-and-trade program through 2030, is close behind at $2.5 trillion.

Reaching this agreement was the result of a great deal of hard work by many people and organizations, including staff and officials in state administrations, environmental and grassroots advocacy organizations, business leaders and researchers. Barr is incredibly privileged to have joined a diverse group of funders including the Merck Family Fund, the Energy Foundation, The Devonshire Foundation, Daniel Hildreth, The Betterment Fund, Alexander Beck, Jr., and Thomas Haas at the New Hampshire Charitable Foundation that supported independent analysis to inform the program review. We are also proud to have partnered with numerous organizations who provided input and mobilized diverse stakeholders to weigh in on various aspects of RGGI’s program design.

RGGI is living proof that investments in driving down emissions can yield significant benefits beyond addressing climate change. Tweet This

Some of the key RGGI benefits data include the following:

What happens next? In late September, there will be a conference in Maryland for stakeholders to seek public input on the proposed program changes. The states then move to implementation over the next couple of years so that the new emissions reduction targets can be in place by 2020.

Earlier this summer, as a backdrop to deliberations among the RGGI states about the project’s next phase, news broke of the Trump Administration’s decision to leave the Paris Climate Agreement. Leaders from business, institutions, and state and local governments responded quickly and forcefully. Through the “We Are Still In” initiative, they pledged to meet or exceed the goals of the Paris accord. With these new RGGI commitments, the Northeast states amplify the same message: the U.S. will not abdicate leadership on climate, even if some in Washington are determined to squander the opportunity.

Northeast states amplify the same message: the U.S. will not abdicate leadership on climate, even if some in Washington are determined to squander the opportunity.

The Northeast states have stepped up to show the world that climate leadership will continue in the U.S., despite a lack of federal action. The collaborative, data-driven approach taken by leaders across the region is a model that proves once again that we can drive down carbon pollution and grow the economy, while building healthier communities for years to come.

Read Additional News Coverage and Analysis on the RGGI Agreement: