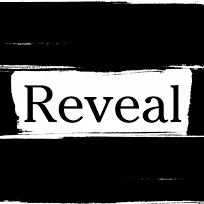 Al Letson, host of Reveal via Center for Investigative Reporting

New Grants to Promote and Sustain a Healthy Democracy

Second set of grants in Barr’s 2017 Special Initiative focus on strengthening journalism and protecting freedom of the press.

Last week, we announced the first set of grants as part of a Special Initiative in 2017 to respond to dramatic shifts in the national context, to increased polarization, and to growing concerns about equity and opportunity for vulnerable populations. Those grants focused on supporting frontline organizations working with vulnerable communities, promoting human rights, and protecting civil liberties in Massachusetts through legal protection, community education and organizing, and public awareness efforts.

As a complement to this important work, Barr’s Special Initiative has as its second goal: to strengthen and sustain journalism in the United States as an essential part of democracy, with a focus on investigative journalism and protections for freedom of the press.

In today’s environment, investing in quality journalism and strengthening efforts to protect the press and defend the First Amendment is as vital as ever. A free press stands as one of the cornerstones of American democracy, and it remains essential to educating the public and holding the powerful to account.

A free press stands as one of the cornerstones of American democracy, and it remains essential to educating the public and holding the powerful to account.

In pursuing this work, our aim was to build on the philanthropic leadership provided by many national foundations that have invested in journalism and media for many years and that include this work as a key part of their strategies. Notable examples include the Knight, MacArthur, and Ford foundations, among others. Their ongoing commitment has been essential, and we sought to build on their support in ways that were particularly responsive to the unique threats that journalism and free speech are facing at this moment.

For this set of grants, we worked in close partnership with the Heising-Simons Foundation in California, which is announcing today its own grantmaking effort focused on journalism. This partnership sought to demonstrate how foundations can leverage each other’s knowledge, partner constructively to advance a shared agenda, and minimize the amount of work required by our shared grantees.

As this is a time-limited initiative, we worked closely with each organization to structure these multi-year, core support grants in ways that will not create instability in the near-term. We are especially attentive to the fact that some of these organizations are benefiting from a one-time influx of resources with some uncertainty about the continuation of that support.

We also elected not to focus on media organizations working only on Barr’s focus areas. Recognizing the importance of enhancing coverage and building public understanding of these topics, we have supported such organizations in the past (and will continue to), in alignment with our core grantmaking strategies. Yet, for this one-time Special Initiative, our support is aimed more broadly at strengthening quality investigative work and protections for freedom of the press.

Our support is aimed more broadly at strengthening quality investigative work and protections for freedom of the press.

Between these grants and those announced last week, Barr has now awarded close to $2.5 million as part of this Special Initiative. We are also engaged in discussions with other potential partners, and we remain in close dialogue with community leaders and our funder colleagues and intend to share updates of further grantmaking later this spring.

As I wrote last month, changing times require philanthropy to adapt, and this Special Initiative represents part of our own effort at Barr to demonstrate that aspiration in action. We are grateful for the opportunity to support many new (and some longstanding) partners through this initiative, and we appreciate their flexibility and active engagement with us as we moved swiftly to advance their important work.