Making Our Streets Work for Everyone 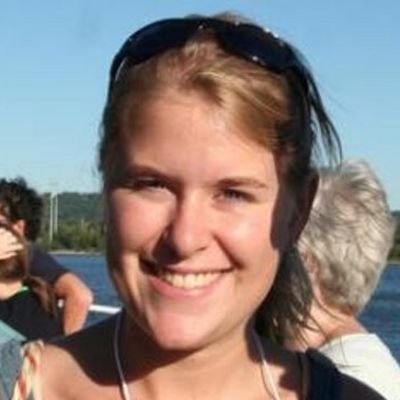 Whether we choose to drive, walk, bike, or ride transit, our streets should get us where we need to go as efficiently and safely as possible. Our streets should work for everyone. Yet, for decades, street design in this country has centered first and foremost on the car. People who make (or would like to make) other choices are an afterthought—not infrequently with disastrous consequences. With a different approach, called “Complete Streets,” we are starting to see more examples of places remaking their streets so they work for everyone, no matter how they choose to get around.

This Complete Streets approach was at the heart of new design plans recently approved for a one of the busiest stretches of street in Boston—Commonwealth Avenue near Boston University. In its Boston Complete Streets proposal, the City of Boston committed to completely reimagine a 7/10-mile stretch of Commonwealth Avenue, a victory for advocates who have pushed for years to make our city safer for all. Among the most passionate Complete Streets advocates is LivableStreets Alliance, a Barr grantee. I recently spoke with Jackie Douglas, executive director of LivableStreets, to get her insights about what this win means and what lessons it may hold for others engaged in similar efforts.

The City of Boston just announced plans for a major overhaul of a significant section of Commonwealth Avenue. Break it down for us—what are some of the biggest changes to come?

Several of the new design elements have never been done before in Boston. The new design includes separate bike lanes that use parked cars as a barrier to protect people who bike from traffic (instead of the more common painted bike lanes where people on bikes act like a barrier to protect empty parked cars); raised islands and crosswalks make intersections safer for people who walk; enhanced bus stops and signal priority for the Green Line and buses make travel easier and more efficient for people who use transit. Considering that the original design had wider car lanes that would encourage speeding, narrower sidewalks, no transit enhancements, and no protected bicycle lanes, the new design is a major step forward for the city and the 100,000 people who use Comm Ave every day.

Why this stretch of road? What are the challenges this plan aims to solve?

This is a busy and extremely dangerous stretch of road in Boston with a high crash rate. We have been focused on Comm Ave for ten years and saw a major opportunity when a total of $17 million in local, state, and federal funding became available to reconstruct it. Through this project we knew we could directly address safety and livability issues. In addition, we could protect the needs of the area’s growing population of people who want to bike, walk and take transit. Bike use has increased as much as 135% since 2007, pedestrian volumes have increased 80% since 2001, and car volumes have decreased as much as 31% since 1987 in the project area, according to the Boston University Master Plan (sections 8.5.1-8.5.6).

For people who live, work, go to school, or commute on the streets, how will their experience be different?

For that one stretch it will be a comfortable oasis for everyone moving on the street. The design will make it safer and calmer to walk, bike, and drive. People biking will be protected, intersection design will provide more visibility and predictability, and the change in roadway should discourage speeding. The buses and Green Line will also get signal priority. At first, since it is so new, people may feel a little uneasy as they grow accustomed to it. This stretch of road is also only 7/10 of a mile. It won’t connect well right away. But we see it as an important proof of concept. From LivableStreets’ perspective, Comm Ave is only the first step to creating a visionary network of streets.

We hope that when individuals experience the new design, it will inspire more people to step up and join us in calling for similarly comprehensive street designs throughout the region.

The LivableStreets Alliance has been working to improve Comm Ave for a long time. What were some of the keys to getting this win?

A multi-faceted approach was key. We were diligent about keeping abreast with the project after the last public meeting in 2012. Also central to this win was building relationships with decision makers throughout City Hall and convening partner organizations that focus on single issues in order to propose a collective, well-grounded solution. What took us over the edge was mobilizing massive public support through our Street Ambassadors program. We collected thousands of stories from people who use the roadway and worked to make sure decision-makers were hearing those stories. Finally, we organized a community public meeting when there wasn’t otherwise going to be a public meeting and as a result received a lot of media attention.

All of the advocacy groups working on Comm Ave were not united at first. If all of the partners had just continued to go off and do their own thing (and at times this was close to happening), it wouldn’t have been as successful. The City started listening more intently when we pulled everyone together to have one voice for a Complete Street that works for everyone—rather than separate voices advocating narrowly for features (bike lanes vs. sidewalks vs. car lanes vs. parking) different stakeholders cared most about.

What advice do you have for others looking to make their streets safer?

Get involved with LivableStreets! The truth is, it’s still very cumbersome to know how to create change on one’s street—to be aware of the feasibility of different options, to know who to contact and when, and to find out what public agencies are already planning for your street. Additionally, public processes are often reactive (i.e., in response to proposed plans from outside the community, rather than generating ideas from the community), inaccessible (e.g., requiring citizens to speak up at a public hearing in the evening), or non-existent.

Knowing this, LivableStreets created an Advocacy Committee that serves as a platform where people can get support from experienced advocates, learn about what is going on throughout the region and get help on any specific project they are interested in influencing. Through this committee we are tracking 88 projects in the Boston region, including several besides Comm Ave in the city, and others in communities such as Arlington, Cambridge, and Somerville. So get involved to find out what is happening and make change in your own community.

What’s next for Comm Ave between this announcement and when it becomes a reality?

We have some very specific work to do to keep the Comm Ave project on track to become a reality. Other sections of Comm Ave are currently in redesign mode too, so we want to ensure that there is a seamless connection, as well as improvements like these in other parts of the city where there is capital to repave and reconstruct. From our perspective, the Comm Ave redesign is only successful if it’s part of a bigger vision for the future of our city.

And for LivableStreets—what is your next big effort?

For every block of the Comm Ave redesign, there are literally hundreds of blocks that are desperately in need of a more livable redesign. We are seeing progress, but we need to exponentially increase the scale and pace of that progress.

In addition to tracking 88 specific projects in and around Boston, we are working to bring more visionary ideas to the city. Some of these ideas include implementing Gold Standard Bus Rapid Transit on our streets and connecting the existing greenway corridors along our rivers, harbors and parks.