Boston’s recent “King Tides” provided a glimpse into the near-future—what scientists predict will be the “new normal” of daily high tides by mid-century.

It is one thing to see flood maps projecting how Boston and other coastal cities will be affected over the next century. It is quite another thing to experience firsthand what that will actually look like—something the recent “King Tides” gave me an opportunity to do.

Over the last few months, Boston has experienced several instances of King Tides. This phenomenon occurs when the moon is closest to the Earth at the same time as the Earth is at its closest point in the orbit around the sun. While the extreme high and low tides, compared to normal levels, have been a feature of King Tides since the dawn of time, as “normal” levels have increased—already by roughly 10 inches over the last century—today’s King Tides offer a helpful preview of things to come.

The King Tides we experienced in the past month were the highest Boston has seen since the 1940s. Yet, according to the most recent scientific projections, Boston can expect to see tides reaching these levels as frequently as a few times per month by roughly 2040, and as often as every day by around 2060.

Last week, I took a short walk from our office to nearby Long Wharf to see what what’s in store for us within the next 25 to 35 years. Here are some of the images: 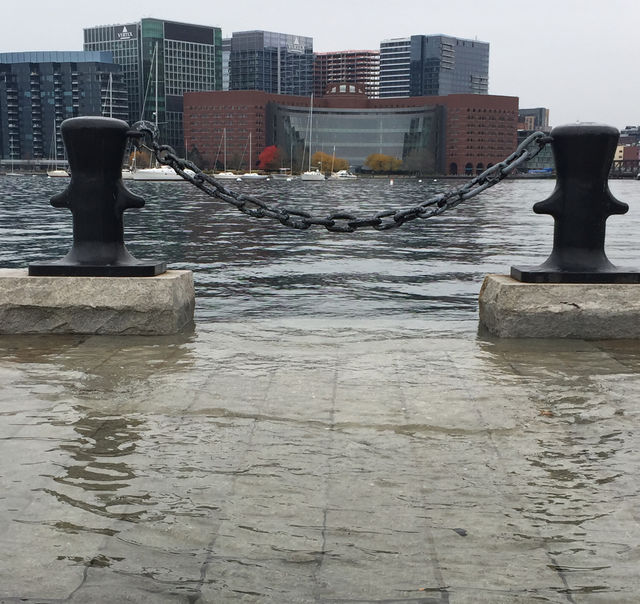 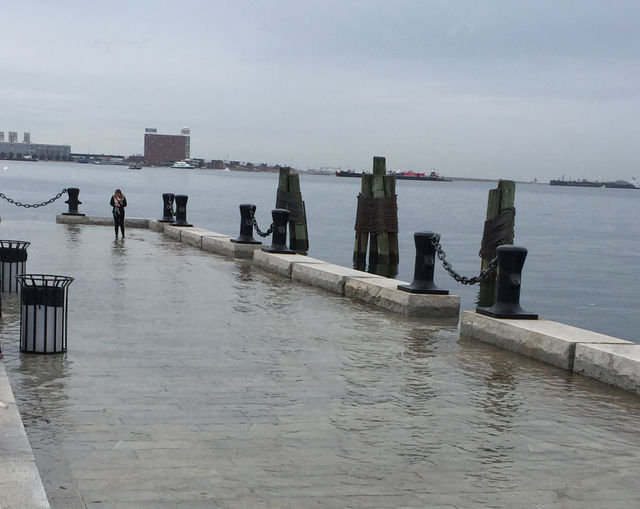 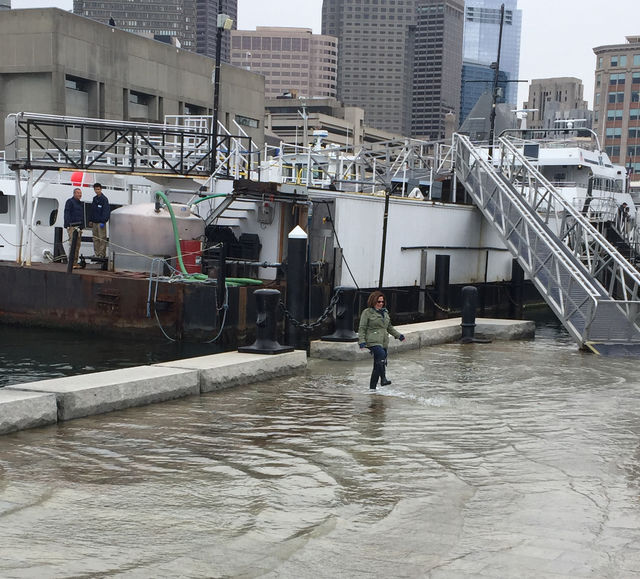 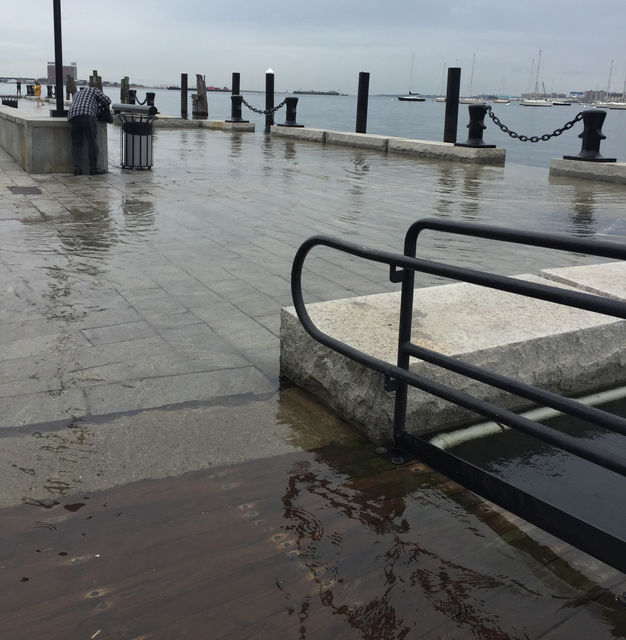 Fortunately, the City of Boston is taking this reality seriously. Through the Climate Ready Boston initiative, a partnership between the City of Boston and the Green Ribbon Commission, and supported by the Barr Foundation, we now have a clear view as to the expected climate impacts in the Boston region.

With this basis, Climate Ready Boston is developing a road map to address the significant vulnerabilities in our region. And the recently released (last Thursday) draft of Imagine Boston 2030, the City’s first master planning effort in 50 years, underscores the importance of proactive climate planning and investment to address the challenges before us. In the next few weeks, Climate Ready Boston will release a separate report that outlines in greater detail the vulnerabilities and the opportunities before us. And soon after that report is released by the City of Boston, our colleague Bud Ris, who has been closely engaged with that effort from the beginning, will share a blog post to explain the key insights and recommendations. Stay tuned for that.

In the U.S. Northeast, it is sometimes easy to dismiss the impacts of climate change as too distant in the future to demand action. But the benefit of the King Tides these past few weeks is to make tangible and real what will become the new normal for Greater Boston. We cannot escape what nature will bring, but we can plan in a responsible and future-oriented way to ensure that Boston is prepared. Taking such a long-term view is at the core of the Barr Foundation’s work, and we welcome the opportunity to engage with like-minded partners to ensure that Boston embraces the imperative to be climate resilient.