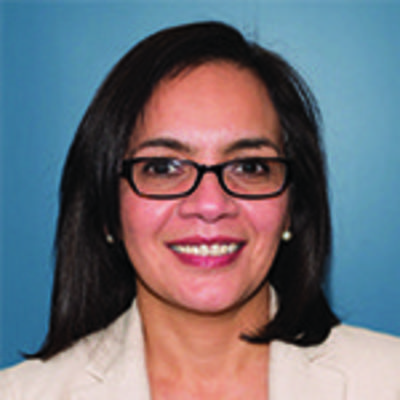 The Arts are always about taking risks. But funding for risk-taking is often hard to come by. With new resources dedicated to artistic risk, seven organizations pushed themselves beyond their comfort zones. This story of what happened comes from Hyde Square Task Force’s Executive Director, Celina Miranda, and Director of Arts and Education Programs, Brenda Rodriguez-Andujar.

Kids do come to Hyde Square Task Force to celebrate Afro-Latin arts and culture. But we’re a youth development organization before we’re an arts organization. It’s our job to make sure that youth who come through our doors are prepared for success in life. And we find ways to help them develop the right skills to get there through the arts.

Youth who participate in our theatre, dance, and music programs have an interest in acting, performing, or learning an instrument. But they typically have no formal training before they walk through our doors. Nevertheless, they had the idea to create an original musical and tell the story of their community—even though they had not seen something like that done before in a way that they could actually relate to. They have not seen many people who looked like them, talked like them, or who lived in a place like our neighborhood—Boston’s Latin Quarter—portrayed in entertainment or the arts, at least not positively. So, when they saw Lin-Manuel Miranda’s In the Heights, it was an aha moment. They could see elements of themselves and the Latin Quarter represented in the story. In the Heights really inspired the youth and served as an example of what was possible.

The Latin Quarter is a neighborhood that, despite its progress, still struggles like many immigrant communities do. The youth were determined to show others that the Latin Quarter also has a rich history and vibrant culture that should be celebrated. Our musical was brought to life thanks to the resources and flexibility we received from the Barr and Klarman Foundations. Though we had never tried it before, our young people co-produced, co-directed, and co-wrote an original musical celebrating their community—combining all three arts programs offered at HSTF.

We took a risk on doing something we had never attempted before. We dove in, following the lead of our kids. Tweet This

They took the Latin Quarter of yesterday and connected it with the Latin Quarter of today, inspiring our community and their families, and celebrating the contributions of Afro-Latinos both in the arts and in the role they played shaping the identity of this community. This musical was a testament to that.

We tested our capacity to pull this off. Even if everything came together, even if the community showed up to see it, even if this huge risk paid off, would we have the ability to keep delivering something like this year after year?

As an organization, we were scared by these questions. But, we were more worried about letting down young people who were excited about creating something for their community—and who were not afflicted by the doubts of the adults around them. They poured their hearts and souls into this. We took a risk on doing something we had never attempted before. We dove in, following the lead of our kids. We could not have done it any other way.

We invite you to share this story of artistic risk-taking, and to join the conversation using #ArtisticRisk.

About the Barr-Klarman Arts Capacity Building Initiative and this video series:

The Barr-Klarman Arts Capacity Building Initiative was a five-year initiative to strengthen the long term financial health of a group of Boston area arts organizations. Throughout the Initiative, the partners grappled with the question: capitalization to what end? What’s the desired change for the organization and for our communities? First, the cohort explored what organizational risks could look like, and the kinds of capital needed. And in the last two years, the partners asked what taking risks in the art and curation looked like, and what kinds of support are needed for risk-taking. A fund was set up as part of the Initiative, with the goal of supporting projects that took organizations out of the comfort zone of their usual practice, potentially against standard field practice, and with the potential to change their organizational way of working.

These commissioned videos document the journey of the seven projects that were funded. Each centers on one organization and, through the eyes of its leaders, gives a glimpse into one journey of artistic risk-taking. We hope that these leaders and projects will engage you a conversation that deepens understanding and builds support for this exciting kind of work.