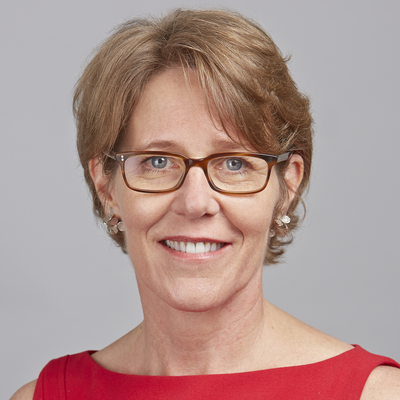 Boston Green Ribbon Commission Director Amy Longsworth shares key insights from a recent trip by Massachusetts leaders to learn from cities that are enhancing quality of life, building resilience to climate change, and boosting their economies through clean energy.

Last June, the Boston Green Ribbon Commission (GRC) organized a tour for a group of Boston business and civic leaders to Amsterdam, Rotterdam, and Copenhagen. Our goal was to learn about the strategies that these cities are pursuing as they cope with rising seas and other climate change vulnerabilities, while also managing growth and reducing carbon emissions—the same mix of challenges and goals we have in Boston. A grant from the Barr Foundation supported the trip.

We invited 24 leaders from Boston with an eagerness to learn and apply their insights. Our group included City and State agency chiefs and senior staff in environment, energy, planning, and resilience; Boston City Council members; Massachusetts legislators; academic and NGO experts; business leaders; and philanthropy professionals. Full details of our trip and an excellent synthesis of major insights from the trip are documented on the GRC website. Here are four of the biggest lessons (and four pictures) I took away from the trip:

Lesson #1: Cities can change and adapt to become carbon neutral and climate resilient.

Northern Europe is generally more prepared than the United States to respond to the water and energy management challenges posed by a changing climate. While the reasons for action and leadership were largely rooted in crises—a devastating flood in the Netherlands in 1953 and the oil emergency in Denmark in 1973—responsive action stimulated the creation of new planning, governance, financing approaches, and technologies that are now proving useful in addressing climate change. Boston, which has the advantage of foresight thanks to the Climate Ready Boston initiative and other science-based climate impact analyses, has the opportunity to act now and to protect our city before it is too late. Amsterdam and Copenhagen prove it’s possible.

For centuries the Dutch have managed water in their low-lying, wet country. Approximately 60% of the GDP is produced below sea level. Canals, dikes, water catchment areas, levees, and several massive storm barriers lace the country. 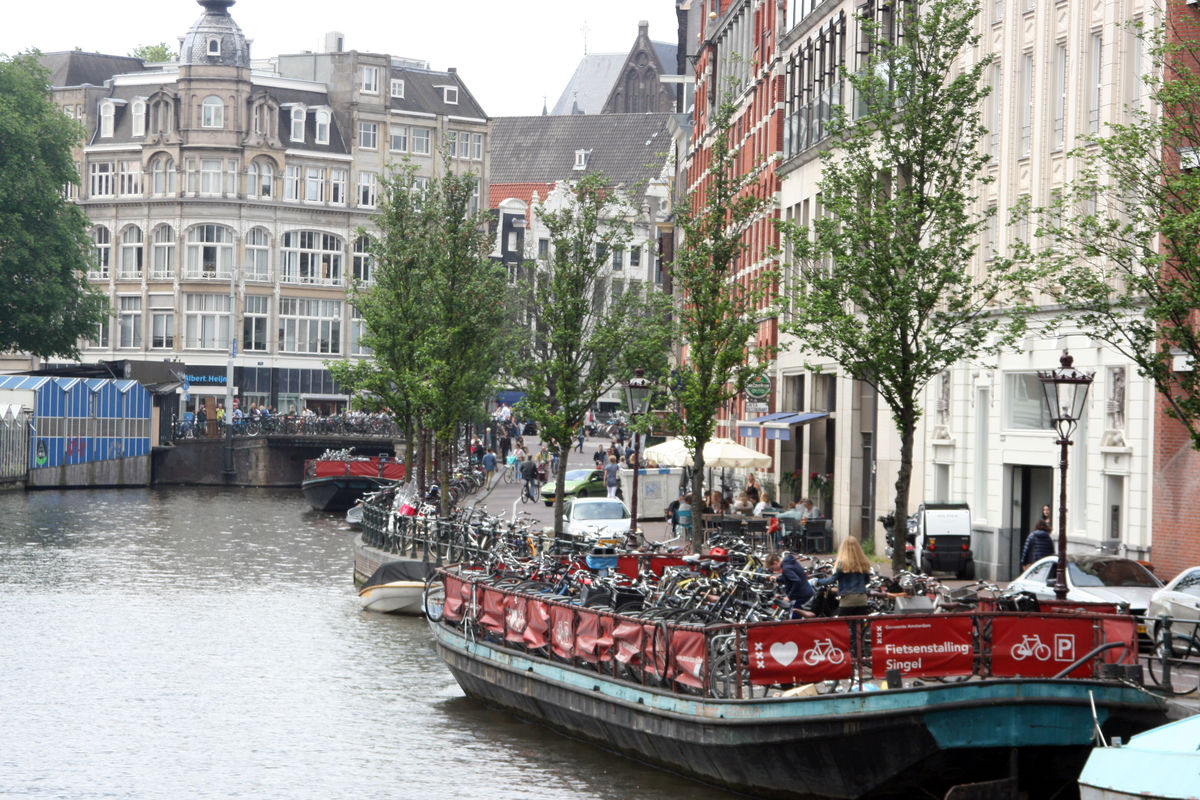 Historic Amsterdam Canal: The Dutch have managed water for centuries, so they have governance, infrastructure, and financing in place to deal with climate impacts of sea level rise, cloudbursts, and freshwater flooding.

To sustain, protect, and promote this complex and vital activity required that the Dutch establish and continue to develop their capacity for governing, regulating, and financing water infrastructure. Water is governed at every level, from the local Water Boards, responsible for managing drinking water, sewage, and rain water, to the national Delta Programme, responsible for investing some $1 billion annually to maintain flood infrastructure, like the massive Maeslant Barrier floodgates that keep the nation safe from major floods and storms.

Copenhagen aims to be carbon neutral by 2025, and the city is cranking on all fronts: transportation, electricity production, efficiency, and heating and cooling. Along with slashing its carbon use, Denmark wants to be energy-diverse and energy-independent, as a matter of national security. At the same time, it aims for 100% renewable electricity by 2035 and 100% renewable energy in all sectors by 2050.

Denmark's Energy Strategy in Process: From a single vantage point on top of a combined heat and energy plant, we could see four diverse types of energy production: wind, biomass, coal, and (just out of the photo) waste-to-energy. Denmark’s electric grid is more than 40% today: the goal is 100% renewable in all sectors by 2050.

So far, the strategy has worked so well that since 2000, the Danish economy has soared while the national energy consumption and greenhouse gas emissions have remained flat. Not only that, but Denmark, with a population equivalent to that of Wisconsin or Minnesota, exported roughly $10 billion in energy technology in 2015 (up from $4 billion in 2000), the highest among European nations. 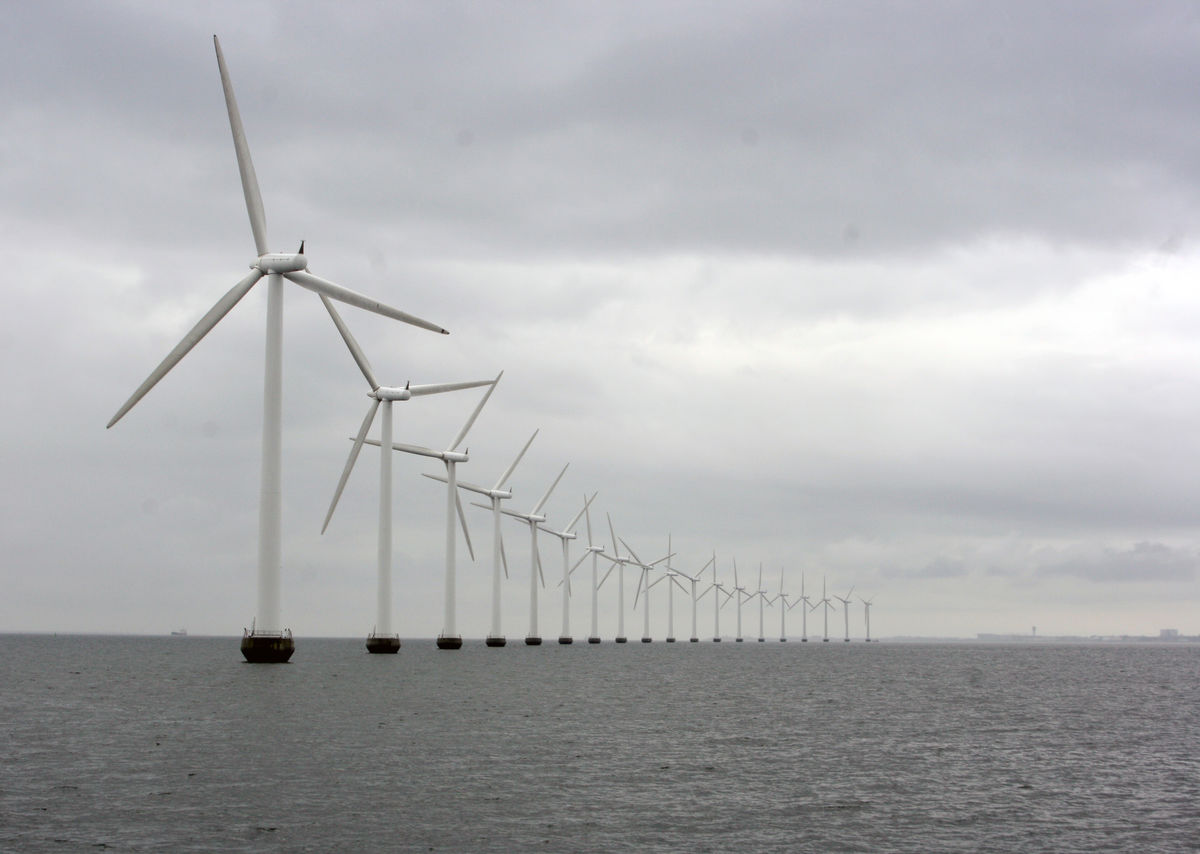 Danish Energy Technology: We took a boat out to the Middelgrunden wind farm, about two miles offshore of Copenhagen. Built in 2000, it uses an older generation of technology than the offshore installations currently envisioned for Massachusetts.

Lesson #4: The rallying cry is better quality of life (not climate).

In their communication with residents and visitors, Copenhagen, Amsterdam, and Rotterdam leaders advance smart climate actions by emphasizing the opportunities to improve quality of life in the city. To back it up, they make sure that every investment in climate resilience or mitigation also has a public benefit that touches residents’ daily lives. Expanding green spaces in Amsterdam helps manage cloudbursts (intense, time-limited rainstorms) and also brings more nature into the city. Attractively designed catchment areas in Rotterdam collect runoff and double as basketball courts and performance spaces. 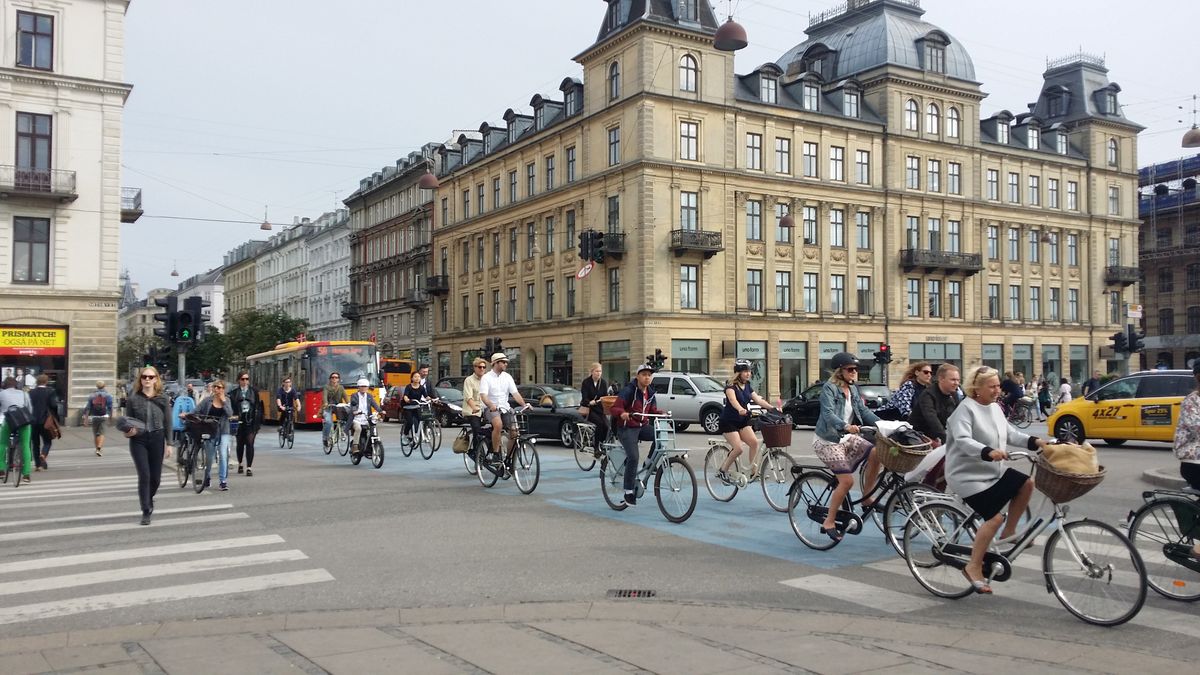 Bicycle Commuters in Copenhagen: 63% of all trips in the city are made by bike because it’s the easiest way to get around. There are five bikes for every car. Amsterdam and Copenhagen are rivals in the effort to be the most bicycle-friendly city.

When it snows in Copenhagen, bike lanes are plowed first, then sidewalks, and last streets. While such investments may be driven by the need to manage for a changing climate, these cities market themselves on “the world’s best city for cyclists” and “more nature in the city”—and they revel in their growing reputation as great places to visit and live.