How CultureHouse is Reclaiming Main Streets to Build Resilient Communities 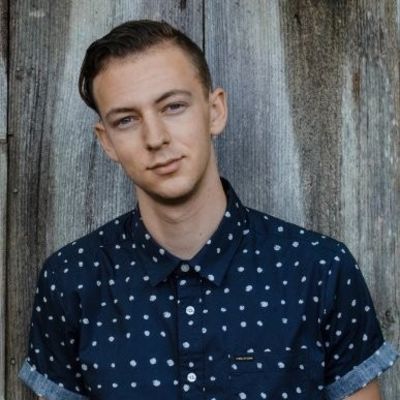 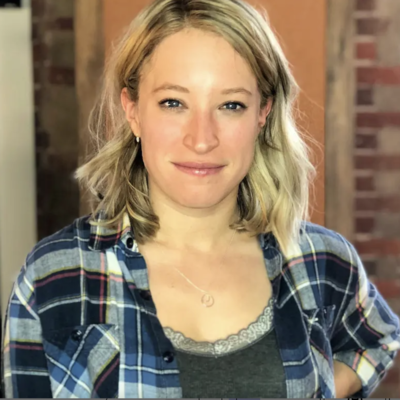 The impact of a walkable, pop-up space in one Massachusetts community.

In his book Palaces for the People, sociologist Eric Klinenberg demonstrates a correlation between death rates in the 1995 Chicago heat wave and peoples’ access to social infrastructure. Social infrastructure—which Klinenberg defines as “the physical places and organizations that shape the way people interact”—includes places like libraries, community centers, cafés, parks, and barbershops. In areas with less access to these places, he found that decreased social connection led to increased mortality (even when accounting race and socioeconomic status) because neighborhoods lacked the deep networks, relationships, and infrastructure necessary to ensure survival.

This finding is more pertinent amid the increased natural disasters, social isolation, and global challenges we face today. The COVID-19 pandemic has taken away many of these spaces when we need them the most—leaving communities lacking in vibrancy and without places to gather. These issues are front and center in downtown Peabody, a suburb north of Boston on Massachusetts’ North Shore.

For years, Peabody—a gateway city of 50,000 originally built on the leather industry—has been missing something. While the downtown has the base conditions to be a vibrant neighborhood, it lacks the social infrastructure necessary for community members to come to and stay in the area. When the pandemic hit, what social infrastructure existed—such as the library, black box theater, and Breaking Grounds coffee shop—quickly closed and remained dormant for months. As restrictions started to lift, the desire to gather and rekindle community connections was palpable—but there was no place to do it.

As restrictions started to lift, the desire to gather and rekindle community connections was palpable—but there was no place to do it.

Luckily, a project that had been in the works for years was ready to meet the challenge. It started in 2017 when co-collaborator and Peabody resident Emily Cooper, reached out to CultureHouse—a nonprofit organization that works with communities to improve livability, equity, and resiliency by transforming unused spaces into vibrant social infrastructure. Emily knew that Peabody had the potential to have a lively, equitable, and livable downtown—it just needed a spark. CultureHouse and Emily teamed up to create CultureHouse Peabody: a pop-up community space that uplifted untapped voices by working with BIPOC partners, provided a space for creatives and neighbors to reconnect, and set off a positive feedback loop of vibrancy downtown.

After gathering an advisory group of local activists and stakeholders, collecting observational data and conducting surveys with community members, and running a crowdfunding campaign to fund the project, we opened CultureHouse Peabody for a month-long demonstration on June 1st, 2021. The space, hosted in a donated storefront downtown, was set up with a stage for performances, work tables, lounge seating, cheerful lighting, stacks of games, and local art covering the walls. Outside, a bubble machine (yes, you read that right) made passersby stop and turn their heads in intrigue. Over the 33 days CultureHouse Peabody was open, it came alive with gatherings, live music, in-depth discussions, and new ideas. We observed four major impacts the pop-up had on the Peabody community—it provided a hub for businesses and entrepreneurs, supported artists, empowered teens, and improved downtown vibrancy.

“It was my first real platform for both [visual] art and music. I’d never displayed in the North Shore before and had yet to perform as well. It felt incredible to have a moment to shine in my hometown!” —Local artist

We observed four major impacts the pop-up had on the Peabody community—it provided a hub for businesses and entrepreneurs, supported artists, empowered teens, and improved downtown vibrancy.

These impacts did not come without challenges. Being open for such a short amount of time, we initially had difficulty getting the word out about the project and had a few events with low or no attendance. Even though the percentage of BIPOC visitors to the space was 3 times the representation in the majority-white non-hispanic city as a whole, we also ran into challenges reaching all the racial and ethnic demographics in the city. The small BIPOC representation in existing city leadership roles and our lack of multilingual staff limited our ability to welcome all identities in the population. Lastly, we frequently encountered misconceptions around what was possible downtown, with many residents viewing it as a place you don’t spend time in—a phenomenon made worse by the pandemic.

Though the pop-up was temporary, we hope its impact will be long-lasting. We collected all the lessons we learned during the project into an impact report which is freely available to the public. Beyond the report, we’ve already seen changes in Peabody inspired by the pop-up. One business started hosting open mic nights after seeing the success we had with ours. They are also in the process of forming a new nonprofit to open and operate a public space downtown with many of the offerings we had at CultureHouse Peabody.

A new kind of public space

Though this project was geared towards Massachusetts’ North Shore, the implications go far beyond. In his article. “Want to Survive Climate Change? You’ll Need a Good Community,” Klinenberg adds to his findings in Chicago, showing how social infrastructure is increasingly important to create community connections as natural disasters increase with climate change. He notes that “when the floods come or the heatwave settles, neighbors are the true first responders. We must nurture those social ties.” Our answer is CultureHouse.

CultureHouse Peabody is the fourth community we’ve worked with to open a community pop-up. Past spaces have created connections between housed and unhoused people, boosted pedestrian traffic by eight-fold, and increased representation of women and Black, Indigenous, and people of color in the area. We believe that it’s time to create a whole new category of public space that meets the specific needs and wants of the people—all while centering the voices that are not being heard. We envision a future of vibrant, equitable, and resilient communities tied together by social infrastructure.

We believe that it’s time to create a whole new category of public space that meets the specific needs and wants of the people—all while centering the voices that are not being heard.

CultureHouse is supported by Barr's Climate Program
Walkable, welcoming, and interesting places are critical ingredients to supporting low-carbon ways of getting around. CultureHouse's pop up spaces provide street-level activity and foster community connections. By creating opportunities for people to strengthen their social networks, these local spaces can be used to address larger-scale challenges, specifically the need to build more resilient communities to respond to climate change, public health issues, and social inequality.