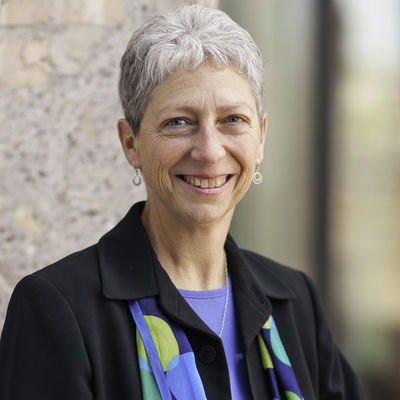 Jim Canales and Kate Wolford, president of The McKnight Foundation, call attention to three tools available to any local or regional grant maker ready to join the fight on climate change.

Climate change is one of the most urgent challenges of our time—so pressing it brought nearly 170 nations together this spring to sign a landmark agreement. While the scale of this challenge is global, we believe that foundations of all types and sizes can help address it and that there are distinct and important roles for organizations like ours that focus on the city, state, or regional levels.

Our two institutions, the Barr Foundation and The McKnight Foundation, have devoted a substantial portion of our resources to slowing climate change.

We believe that philanthropy can help catalyze breakthroughs and advance local solutions and leadership in ways that will spur broader action. It is because of the immense potential of this kind of local leadership that, after issuing his encyclical on climate, Pope Francis convened the largest-ever gathering of mayors at the Vatican and why over 500 mayors were present for the climate talks in Paris.

Protecting the planet requires urgent action from everyone in philanthropy. And there is much that each of us can do, no matter the scale of our missions or endowments and whether we are private, family, or community foundations. Even foundations that do not make grants in areas that have anything to do with climate change can invest their endowments and approach their grant making in climate-smart ways.

There is much that each of us can do, no matter the scale of our missions or endowments

Reflecting on the various approaches we have taken at Barr and McKnight, and on leading examples from a growing collection of other foundations bringing their energy, talents, and resources to this work, we want to call attention to three tools available to any local or regional grant maker ready to join this critical work.

Climate change touches everyone in our communities. And local foundations are in a unique position to bring together everyone who has a role to devise potential solutions and advance change. The Green Ribbon Commission in Boston is one example. Supported by Barr and a group of eight local grant makers, the commission gathers business and civic leaders to advise the city on achieving its climate goals. They are also showing impressive leadership in their own fields and in important policy discussions related to energy, transportation, and climate preparedness.

The Great Plains Institute’s e21 initiative, funded by McKnight, is another example that is drawing national attention. Bringing together Minnesota utility companies, business organizations, civil-society representatives, and low-income consumer experts, e21 is reinventing the utility business model and the regulations that guide it.

In a similar fashion, the San Diego Foundation played a catalytic regional role in engaging local cities and public agencies to take a more comprehensive approach to climate change—now evidenced by one of the nation’s most ambitious climate plans, with a goal of reducing emissions by 50 percent and reaching 100 percent renewable energy within two decades.

In addition to its grant-making resources, a foundation’s reputation and voice are critical assets that can be deployed in important ways. Through strategic communications, foundations can elevate the importance of climate action, spotlight effective and promising approaches, call attention to key issues that need attention, or advance inspiring visions to rally action.

One example is what the Bullitt Foundation has done with its “Emerald Corridor” initiative, casting a vision for Seattle, Portland, and Vancouver to become “leapfrog cities … raising the bar for the planet by demonstrating what is possible.”

To inform thoughtful dialogue and encourage everyone to make decisions based on data, foundations can also sponsor polling and objective research—as Barr did in 2015 with a grant for an independent analysis of the future energy needs of Massachusetts and the cost and effect on climate of various strategies for reliably meeting demand over time.

Because of a grant from ­McKnight, Minnesota Public Radio is one of the few major media outlets in the country with a reporter dedicated full time to climate coverage. The station brings careful reporting on local effects and potential solutions to a broad, engaged audience and ensures the issue is front and center in public conversations.

Local and regional foundations can also play an important role in helping make solutions concrete. With the passage of critical legislation in 2013, Minnesota is on the vanguard of using community solar gardens, in which electricity users purchase shares in large solar arrays.

For 15 years, a local organization, the Rural Renewable Energy Alliance, has pioneered the use of solar energy to address the needs of low-income people in rural communities throughout Minnesota who lack sufficient fuel. With support from McKnight, the alliance is testing a new approach in which families on the federal energy-assistance program can get their power from solar instead of fossil fuels.

Another concept philanthropy is helping make more tangible is Bus Rapid Transit. Intrigued by its effectiveness in other countries, and its potential to reduce emissions and better link communities to economic opportunities, the Rockefeller Foundation developed a strategy to support Bus Rapid Transit explorations in cities across the United States.

Their funding jump-started the conversation. Then local grant makers—including Barr—stepped up, in partnership with Rockefeller, to advance it in Boston, Nashville, Pittsburgh, and Montgomery County, Md.

Foundations can also inject timely capacity into municipal governments to take on visionary work and to attract additional resources. While federal action is limited, local governments have repeatedly shown that they have the will to act and that they have tools that can help reduce the dangerous emissions that warm the planet.

Local governments can be a proving ground for efforts that can be copied at a state level, and local projects often help to educate, organize, and galvanize stakeholders to push for changes on a larger scale.

Both Barr and McKnight have experience supporting local work through direct support to municipal governments. Barr made a challenge grant to the City of Boston to pay part of the salary for someone in a new role to focus exclusively on community energy solutions. This modest investment ultimately attracted a wide range of additional resources that will drive progress on clean energy. Similarly, ­McKnight collaborated with the Energy Foundation to support efforts in Minneapolis to drive energy-efficiency improvements in large commercial buildings as part of the city’s innovative energy-transparency ordinance.

Some challenges are so immense that nobody wants to take them on. Climate change may seem to be one of those, considering its scale, the vast range of solutions needed, and the political obstacles we witness at the national level. Indeed, federal gridlock underscores the potential and value of local and regional action — action that sparks progress, progress that points to success, and success that breeds more success.

If local philanthropy can get this momentum building in all the places we care about, and where our engagement matters, we may well contribute to a new narrative—that meeting the challenge of climate change, while ambitious, is absolutely possible.

This op-ed originally appeared in The Chronicle of Philanthropy and is reprinted with permission.