The Barr Foundation is pleased to announce the appointments of Vanessa Calderón-Rosado and Caroline Hostetter Walsh to its Board of Trustees. Elected to three-year terms beginning September 2019, they join founding trustees Barbara and Amos Hostetter, President Jim Canales, and trustees Lee Pelton and Sue Tierney. 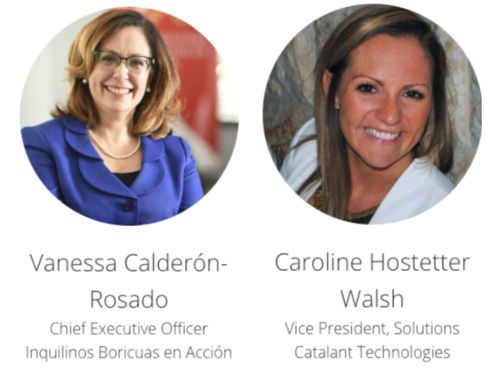 In 2017, Barr cofounder and board chair Barbara Hostetter described in a blog post the Foundation’s plans to expand the Board of Trustees over time, continuing the institution’s evolution from a family foundation to a legacy foundation. With these appointments, the board will grow to seven trustees. Barr plans to further expand the board over the next several years up to a total of eight to 12 trustees, a majority of whom will be non-family members, as is already true today.

“We exist to serve our nonprofit partners, so we are especially pleased to have two talented leaders joining as trustees who bring that perspective to their stewardship of the Foundation, among the many other experiences and talents they possess,” said Jim Canales, Barr Foundation president and trustee. “With Caroline’s appointment, we also engage the next generation of the Hostetter family with Barr. Even as we position Barr as a legacy foundation, the family’s involvement will always remain a priority, and we are delighted to broaden their engagement.”

In partnership with the staff of 38, the Board of Trustees provides strategic direction and fiscal oversight for all of Barr’s activities.

“We exist to serve our nonprofit partners, so we are especially pleased to have two talented leaders joining as trustees who bring that perspective to their stewardship of the Foundation.” –Jim Canales

Vanessa Calderón-Rosado is chief executive officer of Inquilinos Boricuas en Acción (IBA), a leading community development corporation based in Boston’s South End. Under her transformational leadership, IBA has become the largest Latino-led nonprofit in Greater Boston. Vanessa has also been an active civic leader, including service on the state Board of Elementary and Secondary Education, to which she was the first Latina appointee. Among her current engagements, Vanessa is president of the Massachusetts Association of Community Development Corporations, a trustee of Eastern Bank, and a director of both the Boston Foundation and the Yawkey Foundation. She is also a member of the Barr Fellows Class of 2009, and for the past two cycles of the Barr Fellowship has served on the selection committee. Born and raised in Puerto Rico, Vanessa received her doctorate in public policy from UMass Boston.

Caroline Hostetter Walsh is vice president of solutions at Catalant Technologies, a Boston-based software company. Prior to her work at Catalant, she served as a consultant and case team leader at Parthenon-EY, a strategy consultancy. Earlier in her career, Caroline worked in the nonprofit sector, including service on the program team at the Boston Foundation and as knowledge and impact manager for the Foundation’s StreetSafe Boston Initiative, a five-year effort to reduce citywide violence through a focus on 20 of Boston’s most violent gangs. Caroline has also served on the board of the Trinity Boston Foundation and as a volunteer with Minds Matter of Boston, a college access organization. Caroline earned a bachelor’s degree from Harvard University and an MBA from the Stanford Graduate School of Business. She is Barbara and Amos Hostetter’s eldest child. 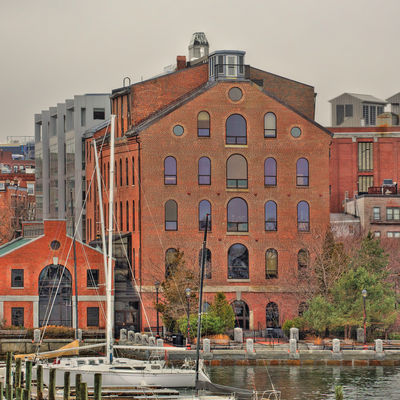 A Message to Our Grantees on COVID-19.

Barr’s plans and commitments in response to the coronavirus pandemic. 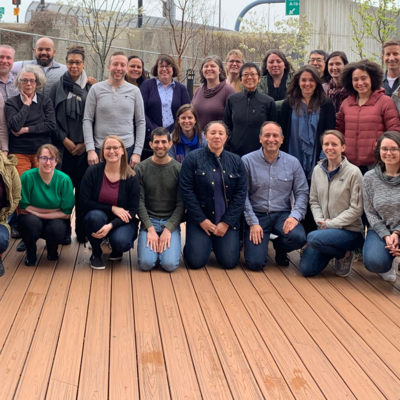 Reflections on our ongoing efforts to advance the mission imperative of diversity, equity, and inclusion.