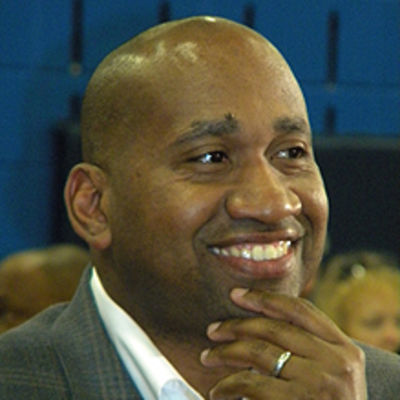 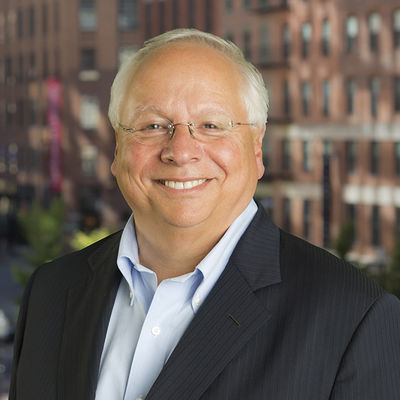 Does Gold Standard bus rapid transit (BRT)—a mode that has taken off in cities across the world—have the potential to meet Greater Boston's mobility needs? This was among the many questions raised during Boston’s recent city-wide transportation planning process (Go Boston 2030), and one that the BostonBRT initiative, a research and community engagement effort supported by Barr, seeks to answer.

To advance the BostonBRT work into the next phase, which includes BRT pilot projects in Greater Boston, the initiative recently appointed an advisory committee made up of ten regional leaders in sustainability, transportation, and government. Among them are State Representative Russell Holmes (D-Mattapan) and Rick Dimino, president and CEO of A Better City, who also served as co-chairs of Go Boston 2030. Over 4,000 residents participated in that process, which resulted in a Vision and Action Plan for Boston mobility priorities—including seven proposed BRT projects.

I had the opportunity to speak with Russell and Rick about BRT and the Go Boston 2030 Vision and Action Plan. The following is excerpted from our conversation.

Mary: What do you hope to accomplish as a member of the BostonBRT Advisory Committee?

Rick: Having spent more than 20 years working to improve transportation in Boston, I firmly believe that a high-functioning transit system means a high-functioning local economy. Some projections show there will be upwards of 130,000 new jobs in Eastern Massachusetts by 2035. We need solutions to help people get to and from those jobs and that’s where BRT comes in. The committee can help play a critical role in making BRT a reality in the city of Boston.

Russell: We need to improve the transit system in Boston, especially in the neighborhoods that I represent. Mattapan is among Boston neighborhoods with the biggest transit gaps. If we have a system that gets people where they need to go as quickly and seamlessly as possible, think of all the free time people would suddenly have. Our residents deserve better, and that’s why I have been championing BRT for many years.

Mary: To that point, the Go Boston 2030 Vision and Action Plan is focused on providing better and more equitable travel choices, including better connections to jobs. Do you think BRT will really help the city achieve that goal?

Russell: I think the Vision and Action Plan is a game-changer for everyone who lives or works in the city. For people living in Mattapan, the commute to good jobs in places like Longwood Medical Area takes well over an hour. The problem is lack of transit infrastructure. There’s just no easy way to commute to job centers without driving. BRT has the obvious potential to help the people in my district connect with more jobs around Boston. This isn’t me just saying something that sounds good. Go Boston 2030 is a plan made by the people, for the people. They spoke up loud and clear about wanting transit connections to places with jobs that pay well and provide good benefits. BRT can answer that call in several key corridors.

“Go Boston 2030 is a plan made by the people, for the people. They spoke up loud and clear about wanting transit connections to places with jobs that pay well and provide good benefits. BRT can answer that call in several key corridors.” –Russell Holmes

Mary: The Go Boston 2030 Vision and Action Plan highlights BRT service between the Longwood Medical Area and Mattapan as a high-priority project and also lists six more possible routes. What benefits are associated with the proposed BRT projects?

Russell: It comes down to three basic things that people want from transit: 1) predictability; 2) convenience; and 3) a good experience. We need service that reduces waiting times and the need for multiple transfers, while maximizing reliability and frequency.

Rick: The beauty of BRT is that it can fill important transit gaps and complement the existing system. You can’t build a rail line to downtown from neighborhoods like Oak Square in Brighton, but you could add a bus line there. And if there is a high-functioning, exceptional BRT line, more people will use public transit.

“The beauty of BRT is that it can fill important transit gaps and complement the existing system. You can’t build a rail line to downtown from neighborhoods like Oak Square in Brighton, but you could add a bus line there.” –Rick Dimino

What areas of the city stand to benefit from the proposed BRT projects in the Go Boston 2030 Vision and Action Plan?

Rick: Each one of them has some merit. BRT projects are designed to make travel in the city faster, smarter, and cleaner, whether they are connecting Oak Square in Brighton to Downtown or linking the South Boston Waterfront to North Station. One great example is the proposed dedicated Massachusetts Avenue BRT service between Dudley and Harvard Squares. Existing service on the Route 1 bus carries more than 20% of the people who travel between the South End and the Back Bay—yet buses account for less than 5% of vehicles on this corridor! Imagine if we could help all those people get to work on time. Right now, nobody knows exactly when a bus will arrive. BRT, with dedicated bus lanes and smart signals that adapt in real-time, will eliminate that problem by delivering a better, faster cross-town trip for people who work along this route.

Mary: If BRT is so great, why haven’t we done it?

Russell: For starters, it’s a new concept here for many people. Since BRT doesn't exist in Boston, it's difficult for people to fully grasp the potential of BRT until they see or experience how it works in other cities. Creating that level of understanding will take time and community engagement. We’re also going to need political will and public demand. We know the best BRT systems are custom-designed to fit local communities. We’re starting to see that with projects like the one in Everett, which implemented a bus dedicated lane, one element of BRT. Over time, we need to show that agencies with financial constraints like the MBTA and MassDOT not only can help meet the needs of their customers with BRT, they can do it for less money than a train or a new road.

How can Massachusetts residents help advocate for BRT projects in more places?

Russell: Elected leaders need to hear from residents—particularly public transit users—that designing a better bus system should be a key priority and that communities should test it. BRT does come with some tradeoffs: namely, creating dedicated bus lanes often means taking away parking spaces currently used for private cars. But, we believe an efficient and reliable BRT system with the potential to reach every neighborhood is a far better opportunity than the status quo.

Rick: Businesses need to step up as well. The model of commuting is changing, with more workers—particularly young professionals—not wanting the hassle or cost of driving to the office every day. The MBTA continues to face transportation financing challenges. BRT can be a lower-cost, high-quality solution. The BostonBRT initiative is an opportunity for business communities throughout the region to come together around BRT as a tool to recruit and retain talent.

BostonBRT is a research and community engagement initiative spearheaded by the Barr Foundation to explore the potential of Gold Standard BRT to meet Greater Boston’s mobility needs. Following a research phase, BostonBRT released a report in 2015 identifying five corridors where Gold Standard BRT is technically feasible and where there is already sufficient rider demand. It is now coordinating with municipalities, community groups, and neighborhood leaders to educate the public about the benefits and trade-offs of Gold Standard BRT and the opportunities to incorporate Gold Standard BRT in their transportation planning efforts.