Vanessa Calderón-Rosado, Ph.D., is chief executive officer of Inquilinos Boricuas en Acción (IBA), a community development corporation dedicated to empowering and engaging individuals and families to improve their lives through high-quality affordable housing, education, and arts programs. Under Vanessa’s leadership since 2003, IBA has become the largest Latino-led nonprofit organization in Greater Boston. It controls a portfolio of 667 affordable housing units in its South End Villa Victoria development and in Roxbury and Mattapan.

Vanessa was selected as a Barr Fellow in 2009, and in 2010, she became the first Latina ever to be appointed to the Massachusetts Board of Elementary and Secondary Education. In 2014, she was appointed to the City of Boston’s Housing Task Force and Women’s Commission. She has served as advisor to numerous other task forces, commissions, and high-profile executive searches, including those for Boston’s Police Department and Public Health Commission.

Vanessa is a founding board member of the Margarita Muñiz Academy, the first dual-language innovation high school in Massachusetts, and a co-founder of the Greater Boston Latino Network. She serves on the boards of the Massachusetts Association of Community Development Corporations (MACDC), the Boston Foundation, the Yawkey Foundation, and the Franklin Square House Foundation. She is also a member of the Boston Foundation’s Latino Equity Fund Advisory Committee and Eastern Bank’s Board of Advisors.

Vanessa was born and raised in Puerto Rico, where she earned a bachelor’s degree from the University of Puerto Rico. She earned a doctorate in public policy from UMass Boston and was awarded an honorary doctorate from Cambridge College.

Learn more about Vanessa by watching the video below: 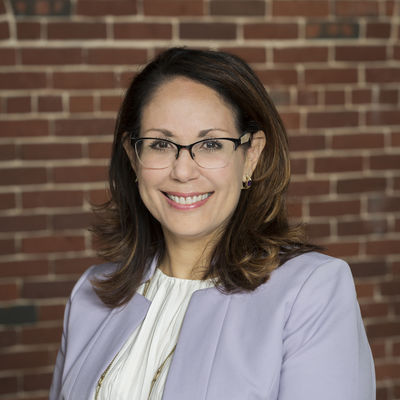