Lee Pelton is the CEO & President of The Boston Foundation, one of the nation’s leading philanthropic organizations with $1.7 billion in assets.

He is a well-respected thought and innovation leader, recognized by Boston Magazine as 11th on 100 Most Influential Bostonians, Robert Coard Distinguished Leadership Medal 2021, Boston Chamber of Commerce as Distinguished Bostonian 2020, June 2020, Boston Racial Equity Fund (chair), Racial Justice Grant in Honor of Lee Pelton, $100,000 grant to be distributed to selected non-profits, EOS Foundation, 2020, The Governor's Awards in the Humanities, 2020, in Boston Business Journal, 50 Most Powerful Leaders in Boston, October, 2020 and 2018; Boston Magazine Power Issue, One of The 100 Most Influential People in Boston, April 2018, Boston Magazine’s May 2017 Power Issue: The 21 Most Powerful People in Boston Business and in its May 2014 Power Issue: The Power of Ideas: 75 Bold Thinkers Who Are Shaping Our City and the World.

Pelton began his academic career at Harvard University, where he earned a PhD in English literature with an academic focus on 19th-century British prose and poetry. He taught English and American literature at Harvard and served as senior tutor at Winthrop House. He later served on the Harvard Board of Overseers and as a vice-chair of its executive committee. After Harvard, Pelton served as dean of the college at Colgate University and Dartmouth College as well as the President of Emerson College (2011- 2021) and Willamette University (1998 – 2011).

He has been featured in the New York Times, Washington Post. Los Angeles Times, Boston Globe, Guardian (UK), Forbes, the Presidency Magazine, the Chronicle of Higher Education, Color Magazine, Diverse: Issues in Higher Education, Diversity Journal, and countless media in America and abroad. He has been a guest on National Public Radio (NPR) as well as on an NPR Boston affiliate radio stations, WBUR and WGBH, and CBS, ABC and PBS affiliate television station, WGBH. He has received honorary degrees from the Urban College of Boston, Wichita State University and Tokyo International University.

He serves on the Board of Directors for the Boston Chamber of Commerce (executive committee, nominating & governance committee, co-chair) and WGBH (executive, finance and compensation committees).

Learn more about Lee by watching the video below: 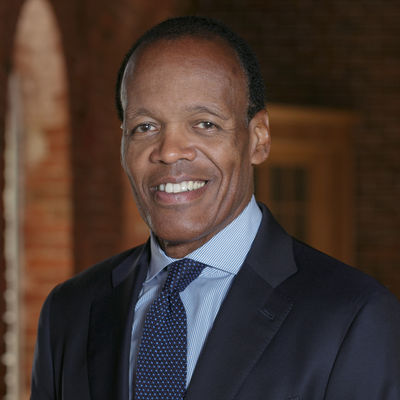